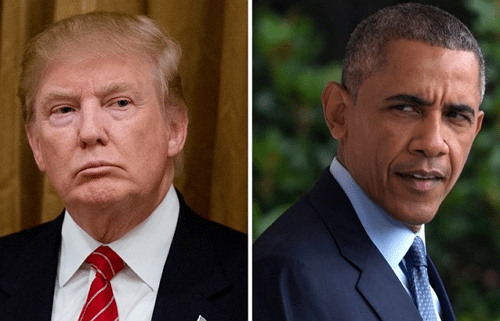 Ex US President on Monday called for action in response to back-to-back mass shootings over the weekend and urged Americans to “soundly reject” leaders who feed “a climate of fear and hatred.”

Barack Obama issued a lengthy statement after more than 30 people were killed in mass shootings in El Paso, Texas, and Dayton, Ohio. He did not name any specific leaders, but his comments amounted to an implicit rebuke of President Trump.

“We should soundly reject language coming out of the mouths of any of our leaders that feeds a climate of fear and hatred and normalizes racist sentiments; leaders who demonize those who don’t look like us, or suggest that other people, including immigrants, threaten our way of life, or refer to other people as sub-human, or imply that America belongs to just one certain type of people,” Obama said in the statement.

He noted that the rhetoric is not new, but that it “has no place in our politics and our public life.”

“It’s time for the overwhelming majority of Americans of goodwill, of every race and faith and political party, to say as much — clearly and unequivocally,” Obama said.

Obama urged law enforcement and internet platforms to limit the influence of hate groups, observing that the El Paso gunman followed a similar pattern to other mass shooters in that he “embraced racist ideologies” and may have been radicalized “by white nationalist websites that proliferate on the internet.”

The former president also addressed the sense of apathy toward enacting stricter gun laws, arguing that the U.S. deals with more mass shootings than other developed nations and that some restrictions will at least limit the frequency of the massacres.

“We are not helpless here,” Obama said. “And until all of us stand up and insist on holding public officials accountable for changing our gun laws, these tragedies will keep happening.”

Obama weighed in as the death toll continued to rise in the El Paso shooting, in which a gunman opened fire Saturday afternoon at a Walmart. The suspected shooter allegedly wrote a racist, anti-immigrant manifesto that was published just before the attack that warned of a Latino “invasion.” Federal authorities are considering charging him with hate crimes.

Hours later, a gunman with a history of making violent threats killed nine people and injured more than 20 others in Dayton.

Trump delivered a prepared speech from the Diplomatic Room of the White House on Monday morning in which he called on the nation to condemn white supremacy and bigotry but did not lay out any proposals for stricter gun laws other than to reiterate support for “red flag” laws that would allow law enforcement to confiscate guns with a court order.

Instead, he focused his remarks on the need to confront mental illness and blamed video games and the darker corners of the internet for fostering violence.

Obama issued his statement hours later. The former president has largely refrained from commenting on Trump or his policies, speaking out occasionally on issues such as the withdrawal from the Iran nuclear deal and the travel ban.

Read more on The Hills.