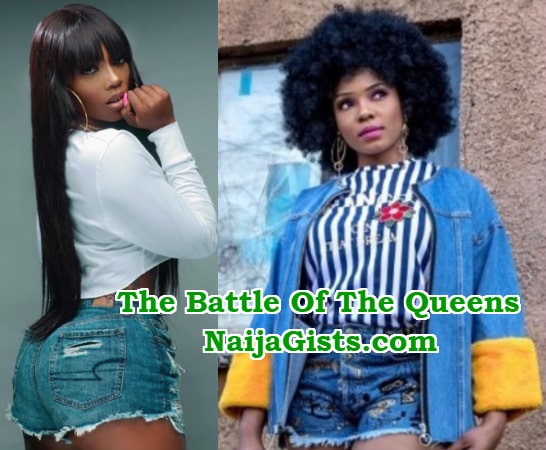 Top singer Yemi Alade has tender an unreserved apology hours after she accused female colleagues of using software to enhance their butt photo. Her apology is coming after Tiwa Savage slammed her for indirectly insulting her.

Tiwa Savage in her response acknowledged the fact that female celebrities enhance their image before posting it online.

As the war dragged on, more celebrities queued behind Tiwa, showing her support.

This has forced Yemi Alade to do a rejoinder, claiming she meant no harm and she just wished women would embrace their beauties more without enhancing. 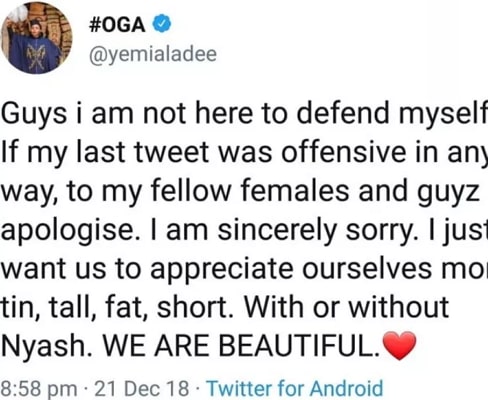 A source said Tiwa Savage is fond of editing her butt pictures before posting it online to attract more fans.

This is why her ‘frenemies’ call her Beyonce-wannabe behind her back.

People appreciate originality more than anything else.