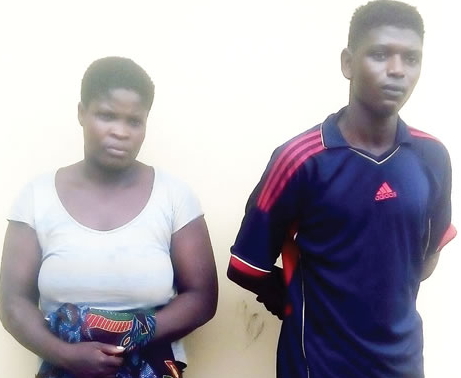 Two foreigners have been arrested in Lagos for allegedly plotting to kidnap the daughter of a popular businessman.

The suspects, Idowu Dado from Togo and Abdullahi Mohammed from Chad were caught while plotting to abduct a 15-year-old girl in Ilasamaja.

The master planner, Dado, 26 contacted Mohammed, a worker at the pure water factory owned by Ogbuachara Mike, the father of their target.

The duo involved the security guard, Okechukwu Peter in a bid to make the planned abduction successful.

However, bubble burst when Okechukwu leaked their secret to his boss who then informed the police.

The two were arrested and paraded in Lagos yesterday.

Dado who initially claimed innocence told the officials of Zone 2 Police Command in Onikan Lagos that she planned to use her share of the N10 million ransom to start a business.