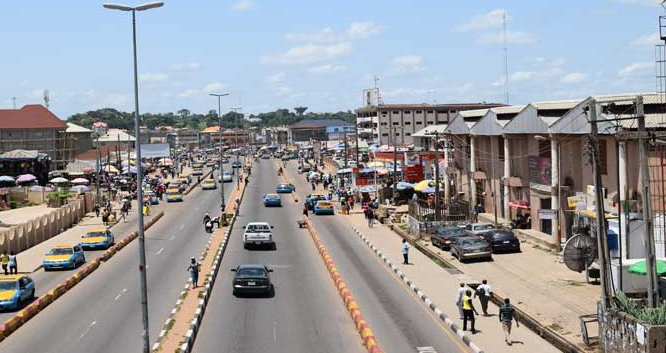 Some dare devils over the weekend invaded some churches in Akure, the Ondo State capital, and robbed members of the churches of their valuables.

The men were also reported to have carted away the churches’ offerings, estimated at millions of naira.

The churches affected, according to a source, were located along Ondo Road and the Fanibi area of Akure.

The robbers reportedly spent several hours carrying out the operation without any interruption.

They were also alleged to have shared their loot in one of the churches before they dispersed.

It was gathered that while the robbery was ongoing, some church members managed to call the control room of the Ondo State Police Command, but there was no response from the command.

According to a source, the incident happened during the end-of-the-month prayer and vigil services of the churches.

The hoodlums were said to have carried out the act between 2am and 4am.

One of the victims of the robbery, who spoke on condition of anonymity, said four members of the gang attacked them in their church and stole all they had, including the church’s offerings.

She disclosed that the hoodlums had robbed about five churches before they arrived in her church.

She said the robbers were armed with guns, machetes, iron rods and sticks, adding that they beat some ‘uncooperative’ victims.

Some of the injured victims, according to her, are still receiving treatment in private hospitals in the town.

She said, “After finishing our vigil at about 3am on Saturday, all of us were going home when some armed men met us on the road. They told us they were members of a vigilance group in the area and they asked us to go back to the church.

“They followed us to the church. On entering the church with us, they locked the door from inside. One of them brought out a pistol and asked us to lie down and face the ground. They collected everything on us, including our phones and money.

“As we lay face down, we heard them sharing the money they had stolen from other churches they had earlier robbed. From their conversation, we discovered that they must have attacked no fewer than four churches before ours.”

The victim added that the robbers fled through the windows when they learnt that policemen were on the way.

She noted that the robbers removed the SIM cards from victims’ phones and dropped them on the chairs of the church before taking to their heels.

It was gathered that men of the Special Anti-Robbery Squad arrived in the area about 15 minutes after the bandits left.