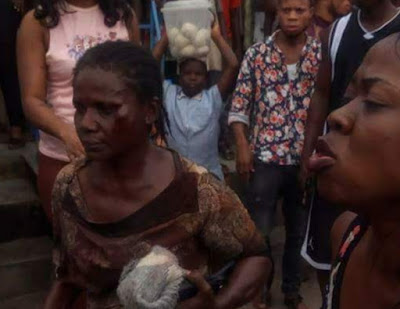 A Togolese woman met her waterloo yesterday in Lagos after she was caught with a girl she allegedly kidnapped for rituals.

The suspect who identified herself as a Togolese woman was beaten to stupor and paraded naked around Ajao Estate after vigilant residents rescued a teenager from her hand.

According to eyewitnesses, the woman was seen driving around the streets while a young girl she allegedly kidnapped from the street was seen looking helpless in the car.

When residents queried her motives, she said she was looking for a warehouse in the area.

Fortunately for the girl, a relative identified her and called for help.

Residents who have been plagued for incessant kidnappings dragged her out of the car and gave her the beatings of her life before parading her naked around the estate. 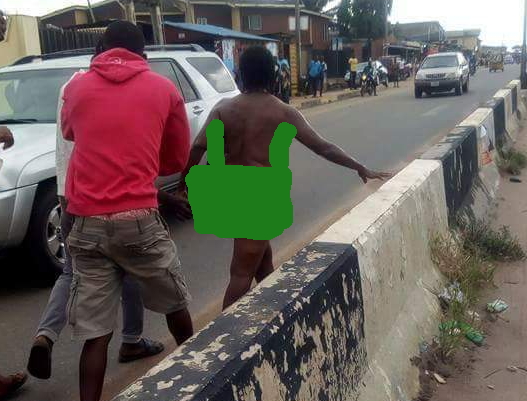 During interrogation, the woman said she is a native of Togo. She confessed to hypnotizing the girl as she planned to collect money from her parents and then sell her body parts to customers for rituals.

It was the quick intervention of policemen patrolling the area that saved her from death as she was just about to be lynched when police intervened. 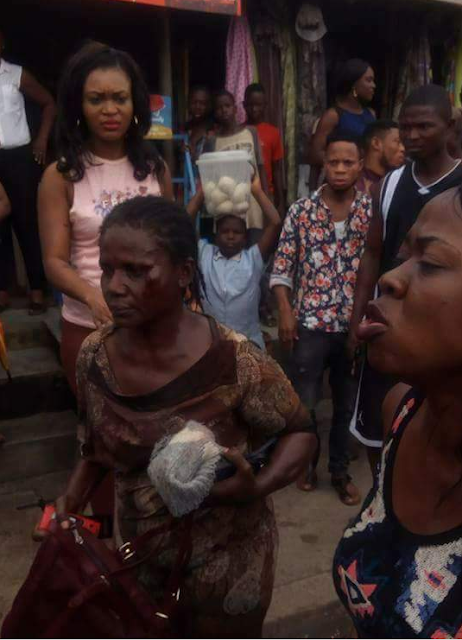