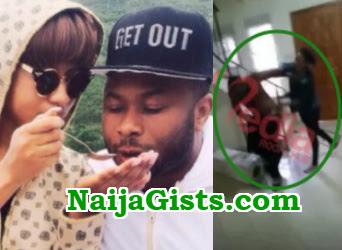 The motive behind Nollywood actress Tonto Dikeh’s suspicious disclaimer has been revealed.

Now here is the truth of the matter, Nollywood actress was physically aggressive towards her husband in the last months of their relationship but she is trying really hard to prevent the evidence from reaching the net.

Even after threatening to sue bloggers who share the video, her best kept secret has been exposed.

In this day of freedom of information, even Keyamo himself knows that he has no LEGAL RIGHT to stop any blogger from sharing the video where Tonto Dikeh was seen slapping her husband.

Watch the untouched video below and be the judge.

So what is Tonto Dikeh trying to hide from the public?

Why did she ran to Festus Keyamo for help? Why didn’t she do this last week or two months ago.

Truth be told, there is more to Tonto Dikeh’s personal struggle that her fans are not aware of.

As you can see in the above video, the actress looks out of balance. 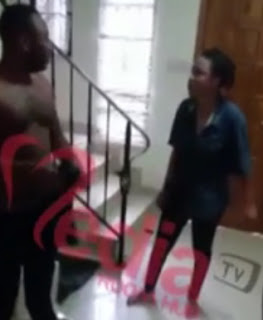 In previous interviews granted by her domestic servants, Tonto Dikeh appeared to be under the influence of a strong drug the day she slapped and beat up her husband and that is exactly what we saw in the above video. 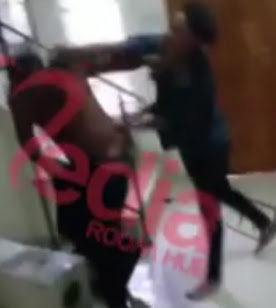 Yes the video is short because a neighbour captured it using phone so how do we expect a video captured on phone to be long like a movie.

So how can she now be claiming the video was made up. Na Nollywood film she dey act???

Let her sort out her personal issue and stop the holier than though attitude she is putting up on the social media.

Davido Is A Fan Of Peter Okoye, OBO Says He Loves Mr P’s Cool It Down Video
King Saheed Osupa: Why I Enrolled In UI, University Of Ibadan For Political Science Degree