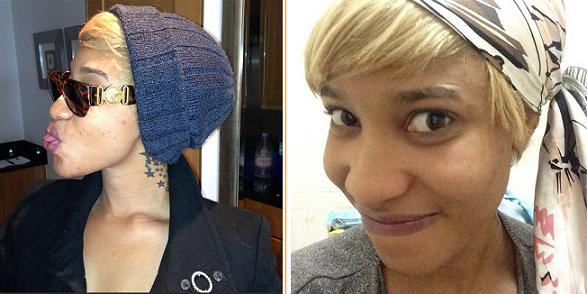 For the past couple of months, there have been speculations about the sudden light complexion of Nollywood actress Tonto Dikeh.

The beautiful lady was accused of bleaching her skin by some of her vigilant fans.

The actress said all the mosquito bites she suffered in London are now gone courtesy of her skin bleaching creams.

So she is proudly announcing to the world her shameful secret.