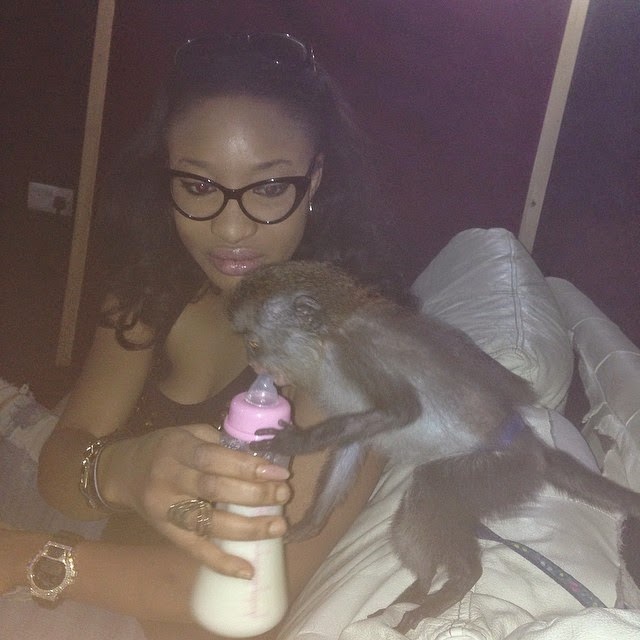 For the past 2 months, fans and critics of Nollywood actress Tonto Dikeh have called her to order in regards to her addiction to pets especially monkeys.

To further fuel the rumour and give critics work to do, the Nollywood superstar has been flaunting her monkey non stop on her social media pages.

Though she has never stepped out with her adopted monkey, Tonto Dikeh may be risking her life because monkeys are the largest carriers of the deadly virus.

When even the low, high and mighty are presently united against a common fear –  Ebola virus disease, the uncrowned Queen of Nollywood controversy is not letting go of her pet monkey. 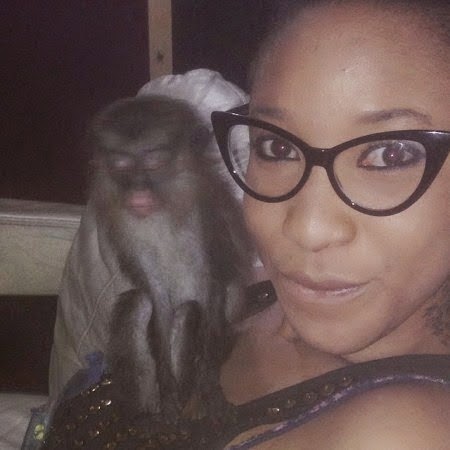 Many fans still wonder why the Nollywood star choose to keep a monkey at home as Ebola virus infection hits its climax in Nigeria.