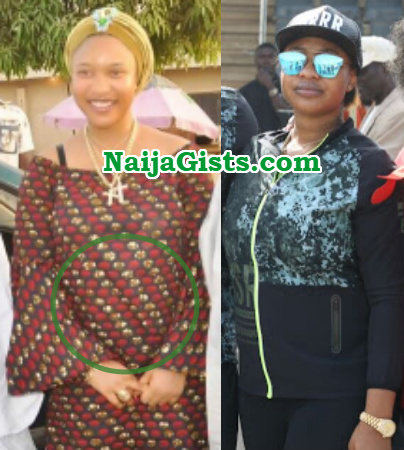 An insider just informed NG that Nollywood actress Tonto Dikeh might have strong reasons to stay with her husband instead of opting out of the marriage as many of her fans suggested in the wake of an adultery scandal currently rocking her marriage of less than two years.

The source told NaijaGists.com yesterday afternoon that if Tonto Dikeh did not change her mind at the last minute, in the next 6 months, the actress will put to bed.

We learnt that the heartbroken actress is contemplating divorce while hoping to keep her yet unborn baby.

When NG asked if Tonto Dikeh is still living with her hubby, the source said no.

The source added that Oladunni Churchill has been using his nationwide charity work as an excuse to not stay in the same roof with his wife, a move that has put the actress under tension since she got to know that her man cheated on her with his beautiful Personal Assistant.