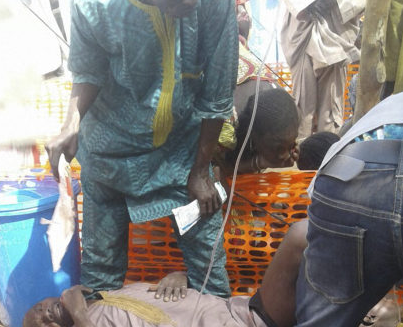 According to Major General Lucky Irabor, some soldiers guarding the aid workers were also wounded in the operation. Here is a statement Irabor released during a Press briefing tonight in Maiduguri.

Doctors without borders revealed that at least 3 foreign aide workers and 49 civilians were killed in the air strike.