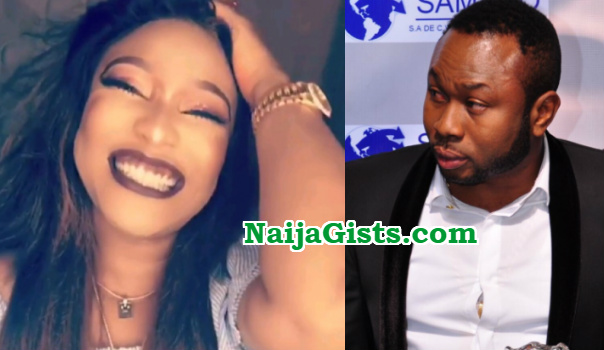 Olakunle Churchill’s younger brother, Tokunbo and their family CSO have opened up on what transpired on the day Tonto Dikeh allegedly pushed her mother-in-law to the ground during a visit to her house.

In this new interview with Media Room Hub, Tokunbo narrated what happened on the day Tonto went crazy and destroyed her husband’s mother’s properties.

The CSO of Olakunle’s family also corroborated Tokunbo’s account of Tonto’s bizarre behaviour in the interview.

The duo nailed Tonto Dikeh’s Domestic violence claims and accusations as she was revealed to have reacted under the influence of a force stronger than her.