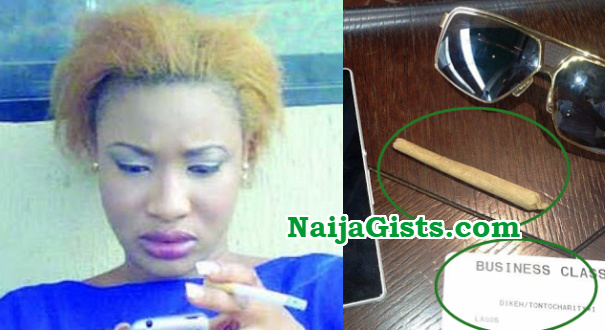 A domestic staff of Nollywood actress Tonto Dikeh has finally revealed what has been causing her husband not to stay at home.

The staff who requested anonymity revealed that the mother of one’s decision to return to her unmarried lifestyle of smoking Marijuana at any slightest provocation has broken has marriage. 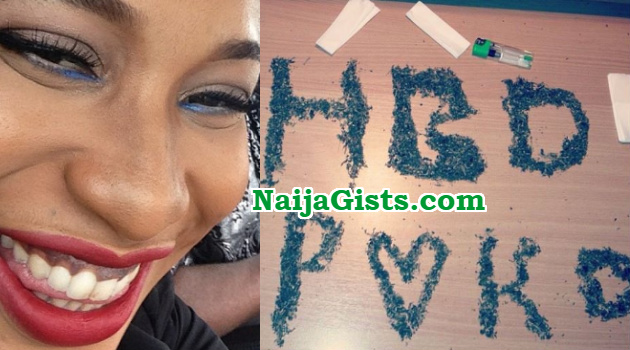 The source revealed that Mr Churchill decided to return to Ghana after his charity tour in Nigeria because anytime the actress smokes weed, she gets high and destroys his properties.

At a point the actress reportedly burned down some of her husband’s clothes and expensive interior valuables when she felt betrayed by the way he cheated on her.

The actress who was under the influence of Marijuana at the time reportedly destroyed multi million naira valuables and to avoid such obnoxious eye sore, her husband decided to return to Ghana instead of retaliating which might prompt episodes of domestic violence.

Another issue raised by the source is that Tonto Dikeh still breastfeed her baby while smoking.

Another dishonourable display happened when her mother-in-law came visiting from America for their housewarming party in Abuja, the source said the actress reportedly pushed one of their guests down the stairs and also broke some valuables in the kitchen and on the wine bar before she returned to her right mind.

Her husband has now made Ghana his comfort zone while cooling off with his PA.

Before she got married, the Nollywood actress often posts photos of Marijuana on her Instagram profile.

She must have done a good job of hiding this from her millionaire hubby.