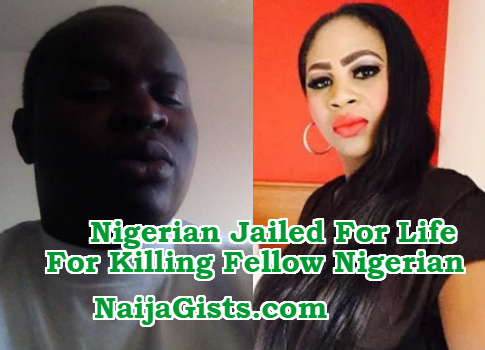 The killer of a Nigerian prostitute murdered in Aberdeen last year has been sentenced to life in prison.

The suspect Bala Chinda was yesterday convicted for the murder of Jessica McGraa who was strangled to death on the 11th of February 2016.

Bala Chinda who allegedly changed his phone no after killing McGraa wept bitterly yesterday after he was found guilty.

Autopsy report revealed that the deceased reportedly died of asphyxiation. The report suggested that she was either strangled with her scarf or smothered with a pillow.

The prostitute reportedly moved to the UK 11 years after meeting an expatriate in Nigeria. The couple married and had a son but later separate.