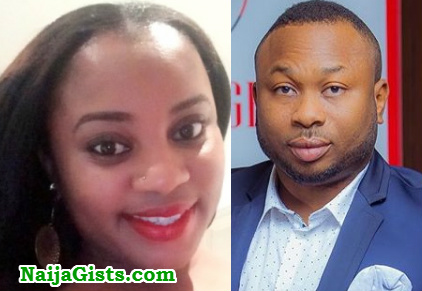 The lady who has accused Tonto Dikeh’s ex husband of using and dumping her over the years has cursed the entrepreneur following the latest denial.

Zainab who revealed in an explosive post with photos had talked about the wickedness, selfishness and cruelty of Churchill whom she claimed she met over ten years ago.

In her post which went viral, Zainab reiterated that the both ex wives of Churchill could not have been bad. According to her, Mr Churchill is the evil one who loves to use and exploit women for his gain.

In a reaction to the call out, Churchill had denied a serious relationship with the woman saying although they were friends at a time, there had been no talks of marriage or proposal as claimed by Zainab. Churchill insists she is only part of the gang built to pull him down.

He added that Zainab however comes to him often for financial help! 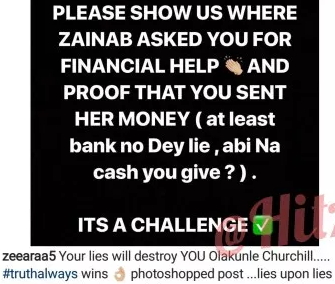 “Post proof of giving me money” ZainabBalogun had fired back in a new post, saying that Churchill’s lies will eventually destroy him.