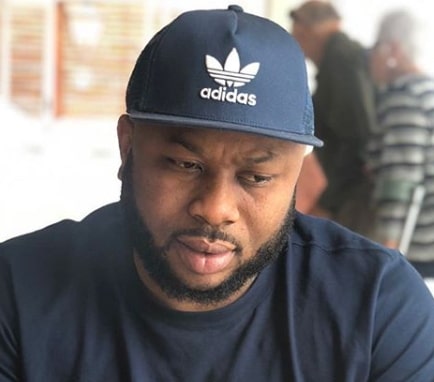 Before now, Tonto Dikeh who threatened to drag his name to the mud for accusing her of using hard drugs called him a 40 seconds man.

However, Churchill has now come up to describe himself as a tireless man in bed.

Responding to a fan on Instagram, who demanded to know if he was really a seconds man with ladies, Churchill said,

“Of course not. Don’t be deceived, you cannot undermine an ex-military boy…. I am a tireless machine during marathon.”