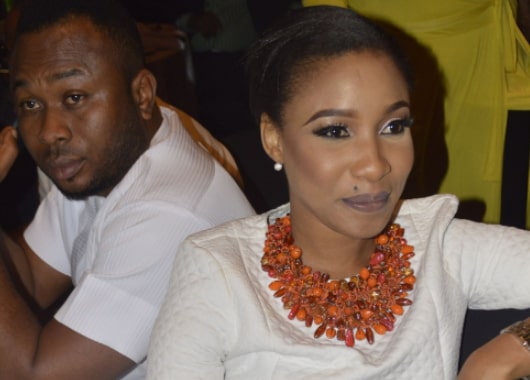 Nollywood Queen of controversy Tonto Dikeh has said she is celibate even though she didn’t state for how long.

The mother of one said on Instagram, while responding to reports indicating she was pregnant.

“Dear Bloggers, before i posted a pic of me rubbing my stomach, I posted a fat burger I was about to eat,” she started in her rebuttal.

She also said she would never have flaunted her pregnancy because of evil doers.

“I invented the wed and born in secrecy guys. so how im I gonno flaunt my pregnancy so the demons on standby can eat it.. Nahh bruh btw im celibate…”

Meanwhile, her former husband, Olakunle Chruchill, warned Tonto to stay away from him.

He stated on social media:

“I don’t carry any hate in my heart. If I loved you before, I still got love for you.

“Stay away from me though.”

Churchill’s response was based on Tonto’s response to a fan who prayed for a reunion of the former couple to which the actress rejected.