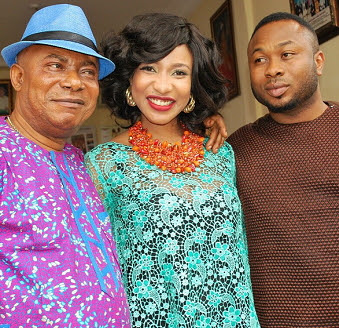 Last week, Tonto Dikeh called out her ex husband, Olakunle Churchill when she claimed she paid her own bride price however, the many lies of the Nollywood actress has been exposed after her father returned the bride price Kunle paid to him on request.

This action has led to a complete annulment of the traditional marriage between Tonto and Kunle.

On Monday the 26th of June 2017, Bishop Dare and Tonto Dikeh’s uncle met with the actress’ father, Chief Sunny Dikeh in Port Harcourt Rivers state to collect the bride price. 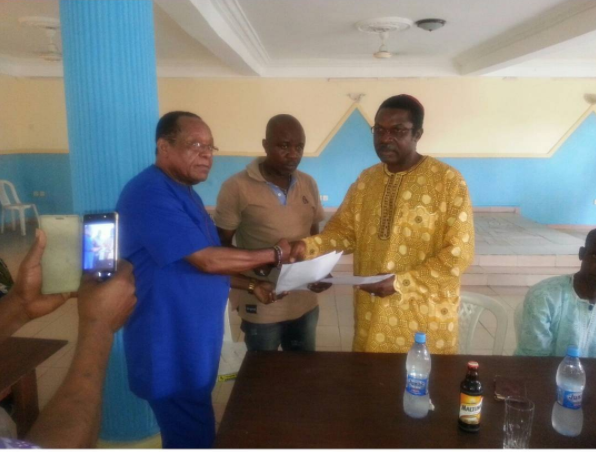 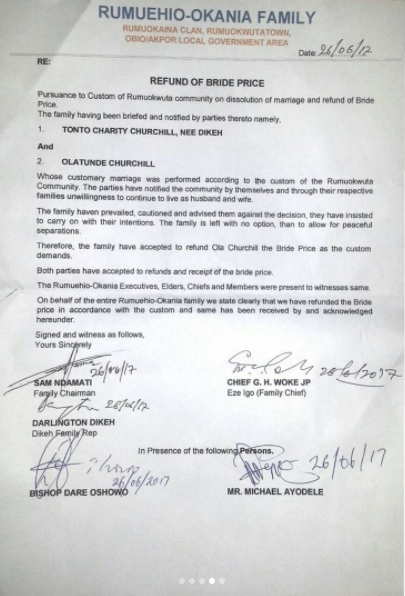 Adesua Etomi: I’m Left Handed, My Mother Is A Pastor, I Sang In The Choir For 10 Years
Foursquare Pastor Accused Of Demanding Sex From Female Employee