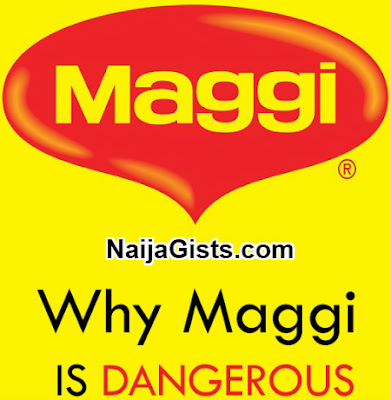 Nigerian doctor Festus Olalekan working at Graceland Hospital, Ilorin, has warned against excessive consumption of food seasoning, saying it can damage the brain.

According to him, the amount of sodium in the food seasoning over stimulates the brain cells until the cells die off.

He said that food seasoning with high sodium content should be avoided.

He explained that sometimes people experienced dizziness and headaches after eating heavily spiced food as a result of MSG present in the seasonings.

“Food spiced with various seasonings can really taste great, but the health implications could be unbearable.
“Most of the food seasonings in our local markets contain MSG, which could result in serious brain damage,” he said.

Olalekan explained that the excessive intake of seasoned foods could cause high blood pressure, saying caution needed to be taken in its consumption.

The expert also urged Nigerians to eat natural foods and shun the intake of excessive spicy foods to remain healthy.

He called on the National Agency for Food and Drug Administration and Control (NAFDAC) to regulate the production of seasonings and ensure that manufacturers did not add MSG to seasonings.

“I will like to urge NAFDAC to regulate the production of food seasoning in the country in order to control the health challenges that comes with it.

“Nigerians should stick to natural foods and minimise their intake of excessive spicy foods to remain healthy,” Olalekan said.