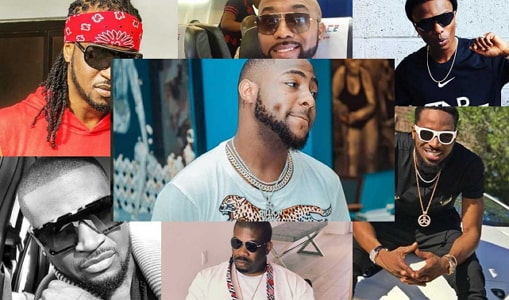 Top 10 Richest Musicians In Nigeria Below the Age 30; Their 2018 Net Worth And Date Of Birth

The Nigerian music scene has grown in prominence over the past few years, with new music sensations being discovered virtually every year. This generation of musicians is, without doubt, the richest in history. An average musician today earns multiple of what old artistes earned in the early 2000s and prior. As such, at the age of 30 and less, many artistes are now multi-millionaires, cruising around town in the best cars and living in the best apartments.

This report pokes into the lives of young Nigerian musicians and we have compiled a list of the richest among them.

It is important to point out that, there are leading music artistes today, who emerged over a decade ago and are still doing incredibly fine, financially, today. In fact, these artistes constitutes some of the richest musicians today. The likes of 2face Idibia (Innocent Idibia), Mr. P (Peter Okoye), Rudeboy (Paul Okoye), D’banj (Oladapo Oyebanjo), Don’t Jazzy (Ajere Collins Michael) and so on, still remain the babas of the Nigerian music scene. However, the rookies are now taking over.

Follow this report to get enlightened on the richest Nigerian musicians who are under the age of 30.

DMW boss, Davido, whose full name is David Adeleke, is arguably the richest Nigerian music artiste under the age of 30. He rose to prominence many years ago, when he was just a teenager, with a song titled Dami Duro. Today, Davido is one of the most popular Nigerian entertainers.

Davido has numerous talents under his label, which include popular stars like Dremo, Mayorkun, Ichaba and so on. Also, he has numerous endorsement deals with several top coys in Nigeria. His back-to-back music release has been topping the charts of the Nigeria music scene for a while now and he also has an intimidating awards collection.

Furthermore, Davido’s father, Adeleke is a renown billionaire oil tycoon, who recently acquired a private jet. With regards to his father’s wealth, the popular artiste often refer to himself as O.B.O (Omo Baba Olowo).

Wizkid, who is fondly called Starboy, is closely on the trail of Davido on our “young money tree”. At the international level, Wizkid has enjoyed a relatively better success than his arch rival, Davido. He has featured alongside top American artistes like Drake, Jeezy, Trey Songz and many more.

Wizkid, who has been embroiled in serious domestic feud with two of his baby mamas, has enjoyed considerable success in the Nigeria music scene. He also has a host of high-valued endorsement deals with the likes of Nike, Pepsi and so on.

Furthermore, the star actor, whose real name is Ibrahim Ayo Balogun, recently launched his clothing line, Starboy, which was sold out in only few days. The clothing line was part of his partnership deals with global apparel giant, Nike. He is today, not only one of the richest entertainers but also one of the most popular Nigerians.

Olamide is one of the few Nigerian celebrities, who made it out of the streets to become one of the most recognized figures in Nigeria and beyond. He has a staggering 5 studio albums to his credit. His record label, YBNL Nation, has been the hub of talent discovery in the Nigerian music scene over the past decade.

The famous Yoruba rapper, whose real name is Olamide Adedeji, is the pioneer of one of the biggest annual musical concerts in Nigeria; OLIC. OLIC rakes in multiple millions of Naira for Olamide every year. In addition, Olamide has sponsorship contracts with known brands like Hennesy Artistry, Guinness and many more.

One of the recent revelations of the Nigerian music industry is Tekno. He has successfully sneaked his way to the top of the Nigerian hip hop music scene. The Yawa crooner is currently signed under SONY Music, a globally revered music label domicile in the United States. Tekno’s deal with SONY is rumoured to be worth millions of dollars. The young musician also has endorsement deals with notable multinational coys like MTN and Pepsi.

Folarin Falana, popularly called Falz, is an outstanding Nigerian entertainer who is renown for his acting, comedy and music exploits. He has won several prominent awards across all three entertainment industries. Worthy of note among his awards collection include; MTV Award, The Headies, AMVCA and so on.

Furthermore, the multi-talented artiste has several top paying endorsement deals with the likes of Hennessy Artistry, Chardonnay, MTN and many more. Also, he was a practising Lawyer before he decided to fully become an entertainer. His father is a popular Nigerian lawyer/activist, Femi Falana (SAN).

Yemi Alade is one of the prominent Nigerian female musicians of this generation. She has released several top ranking hits over the years. The song which shot her to limelight, Johnny, still ranks as one of the most viewed African music videos on YouTube. This makes her one of the top Nigerian music artistes of this time.

Meet the crown prince of Mavins; Reekado Banks. Reekado Banks is, today, only one step beneath the likes of Davido and Wizkid. He won The Headies Next Rated Award in 2016, beating the favourite, Lil Kesh, to the award. After Tiwa Savage, Reekado Banks is the biggest artiste of the popular Mavins group, which was founded by Don Jazzy.

The young artiste recently built a beautiful house for his parents in Lagos, where they now reside alongside some members of their family.

While it was highly rumoured that this talented artiste was earning peanuts under G-Worldwide, he has since gone on to set up his own recording label, which he named FLYBOY Inc. Kizz Daniel is arguably the most sought after artiste in the Nigerian music industry today.

The 24-year old Baba crooner recently opened his duplex in Lagos Island. The edifice is rumoured to be worth tens of millions of Naira. Kizz Daniel currently charges over one million Naira for shows within and outside Nigeria.

Keshinro Ololade, fondly called Lil Kesh, is a proud owner of a record label, known as YAGI Records. He is a protégé of Olamide, who discovered him and took him off the streets of Bariga. Lil Kesh is expected to release his second studio album later this year.

The Shoki crooner has been releasing hits back-to-back, which have been dominating the Nigerian airwaves for the past 3 to 4 years.

Sean Tizzle hasn’t been able to move beyond the “Next rated category” in the Nigerian music industry. Although he has been away from limelight for a while, he still remains one of the most sought after artistes in the industry, who are regularly booked for shows within and outside Nigeria. He is currently under the management of 715 Media Leakers.

The 28-year old artiste, whose full name is Oluwabamidele Morihanfen, was signed as a brand ambassador for MTN and Barcada Breezers in 2014.