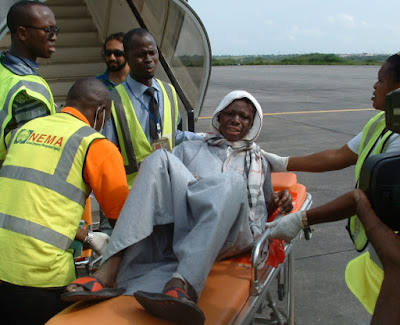 Most Nigerians who embarked on perilous journey to Libya would certainly not have took risked if someone had warned them.

If they have another chance, they will certainly not venture to go to Libya or Europe again having been lucky to survive their unanticipated ordeal. Many had fallen to baits of likely Eldorado in Libya, Spain, Italy and other European nations.

A few others attributed their desperation to the desire to end poverty in their families.

Osaro Victor Bright said he had a dream of ending poverty in his family until the ambition went awry.

“I was told that traveling abroad is the only way to end poverty in my family. I could not bear living from hands to mouth; I took the risk to go to Italy to hustle.”

The trip abroad, mostly by school leavers and frustrated artisans, cuts across all ages. But, the ages of the Nigerian returnees range between 18 and 32.

They confessed they were seeking after short-cut to riches, cool cash and the ego of being-to (the prestige of traveling and living abroad).

No one was ever in search of knowledge unlike the situation in the 60s, 70s and 80s when Nigerians were in search of the proverbial “Golden Fleece.”

From Edo, Delta, Lagos and a few Northern states, they joined their colleagues from Niger Republic, Congo and 17 other African countries to bear the deadly risk of crossing Sahara Desert to enter Libya and henceforth, proceed to take a plunge into the Mediterranean Sea to cross to Sicily in the South of the Italian Peninsula.

Their route is usually the notorious Niger Republic towns of Seguedine and Agadez.

Statistics from Italy indicates that “more than 36,000 were rescued last year (about 44 per cent above the 2016 figure).

Some aid agencies estimated that up to 1,000 migrants had died as at April last year. Among them were 150 children. Migrants from Nigeria and Niger Republic were mostly affected.

Some of the returnees shared their experiences with our correspondent in Libya. Their accounts were not only revealing but absurd and confounding.

Speaking on his ordeal, Happy Sunday, who became crippled due to inhuman condition in Tajoura Detention Centre said:

“Bros, I am from Owa in Delta State, I have lost all. This thing (stroke) just hooked me inside the cell and after a month and a half, I became a different person. I am an iron bender. I was going to Italy to hustle before I was caught by Libyan security agents.”

Otega Ukulu, who claimed to be a businessman from Delta State, said:

“I came to Libya more than a year ago after I paid N300, 000 to a link in Agadez (Niger Republic) to find my way to Sabha. But, on getting to the oasis city, my link sold me to an Arab where I washed toilets to pay up to recoup the money at which he bought me.

“Later, the Arab man pushed me and 25 others to Tripoli and sold us afresh. It was from Tripoli I escaped and started hustling. This was how my dream to go to Italy crashed.”

“I was doing contracts in Nigeria until I could not secure jobs anymore and there was nobody to help. I, however, sourced N200, 000 which I paid to an agent in Nigeria to go to Tripoli. I got trapped in a place called Hell Fire Ghetto in Philaeni (Fileni) in Libya and I was again asked to pay N300, 000.