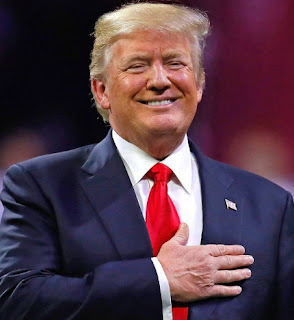 Americans on Twitter have not stopped blasting President Donald Trump for forgetting the words of the US National anthem at a college football game on Monday night. 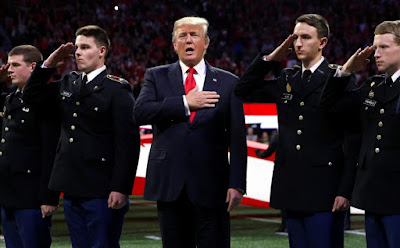 The general fear is that the 71-year-old whose father developed Alzheimer in his 80s is developing Dementia.

Fire and Fury, A new book written by Michael Wolff which claims that President Trump was constantly forgetting things has already created doubts in the mind of most Americans.

Most now believe Trump does not have what it takes to rule the most powerful country in the world.