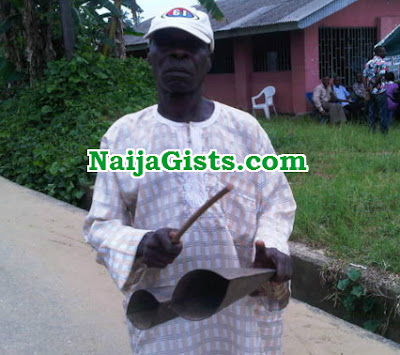 A middle age man identified as Sunday Nwali has been brutally murdered while carrying out his official duty at Igbudu village in Ikwo LGA of Ebonyi State.

Nwali was sent by the community head, Joseph Nweke to tell the villagers to come out and clean a dirty pond, which is the people’s source of drinking water.

But on his way to carry out his assignment, a gang led by a former village leader stabbed him to death.