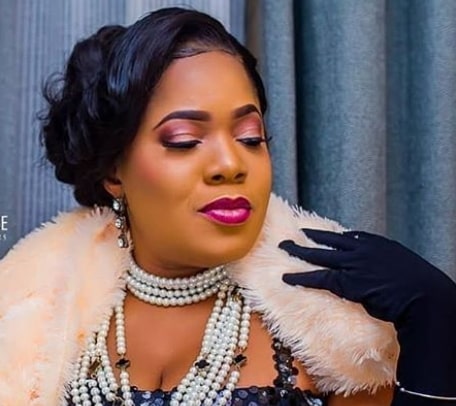 Which Actor Is Toyin Aimakhu Abraham Getting Married To? Read On

Nollywood actress Toyin Aimakhu has distanced herself from viral reports of her upcoming wedding to an actor.

Here is how the actress debunked the report via her Official Instagram page moments ago:

I have been busy with my work as an actor, working tirelessly on my TV, my lip stick launch and other businesses.
The only relationship I have with any man in the industry is purely professional and it is high time we stop insinuating and spreading false rumours when we see two colleagues of opposite sex working together. That is what the job entails and I expect that people should be smarter than this.

If and when I am ready to walk down the aisle, you will not be hearing it from the rumour mongers, gossip magazine that are no longer in the city and people hell bent on cooking up imaginative stories about me. You will be hearing it from me directly.

I reiterate that I am not about to get married to ANY fellow actor.” Signed: Toyin Abraham”

Continue Reading
You may also like...
Related Topics:actor, getting, married, toyin aimakhu