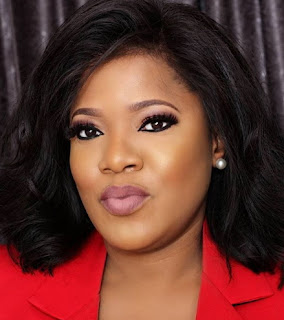 I am going to ask for some favours today. The first: Forget Seun Egbegbe. The second: Think less of Nollywood actor and Tinsel star Niyi Johnson. And third: Cast your mind away from marijuana, codeine and hard drugs.

Please you must also de-emphasize the past which involved hawking plantain chips. Also pretend you never heard any comment about willing to die for the Peoples Democratic Party (PDP).

But the most important favour you will do for me is to please focus on the 2017 theatrical exploits of this Auchi, Edo State-born girl, who many still call Toyin Aimakhu despite the fact that she announced a change of name to Toyin Abraham over a year ago. Also help me thank Bukky Wright for giving this great actor a chance in 2003, when she was in Ibadan to shoot a movie.

In one of her promotional materials for the sequel to Wives on Strike, ace actor and director Omoni Oboli predicted that the world would celebrate Toyin for her role as Iya Bola in the flick. I saw the film last Saturday and could not agree less. Toyin was simply crazy. Not that other actors were not good. They were. But Toyin was the life of that film, which showed that comedy could be full of messages for us all to learn from. There is no scene with this crazy girl that falls below standard. Like they say, she simply killed the role and my mind was simply made up about who should earn my trophy for Actor of the Year.

In Pathetic, Tatu, Alakada Reloaded, Okafor’s Law, The In-laws, Celebrity Marriage and Wives on Strike the Revolution, Toyin gave her all last year. She was like the most-sought-after actor last year and I can predict she still will remain hot cake this year. Almost all the major productions at the cinema last year had Toyin playing one major role or the other and she delivered. Very well.

Her performance in ‘Tatu’ was in a light I am not sure I have seen before. She interpreted the role so well that one could not but feel the pain she was made to go through. The scene where she was put in a hole was well delivered.

One other great flick she featured in last year was Hakkunde. She was simply crazy here. The role needed a mad actor to play Aunty Yetunde and Toyin fitted the bill. Perfectly.

At a point I noticed that she was in almost all the Nigerian movies at the cinemas and there was none n which she played mediocre.

In Alakada Reloaded, which she produced, there was almost no dull scene. We laughed almost throughout while seeing it at the Genesis Deluxe Cinemas at the Maryland Mall. Not a few even clapped when the credits were rolled at the end of the film, which appeared to have been produced with some ‘hefty’ money. It was one film in which Yoruba was the main language yet made significant impact at the cinemas home and in the United Kingdom.

One major point Toyin was able to prove last year was that she is a cross-over actor. Give her Yoruba roles, she will deliver. Give her a role in an English production, she will kill it. She can play a pauper, a clown, a rich brat, an old woman, a mad woman and all. I have seen her play three persons in a film Eta and she delivered in a way I have seen only Tyler Perry do. I just love the fact that she throws her all into her job.

This down-to-heart lady, who will turn 34 later this year, is brutally frank. She earned my respect when she spoke at the 2017 edition of Success Story Africa at the TLC Auditorium, Lagos.

“You need to stop bad habits. I was involved in a lot of vices and it became worse last year,” Toyin said and added the clincher: “I did drugs and I am not ashamed to say it because it is now a thing of the past. They say codeine makes you high; I took a lot. I smoked a lot and I didn’t even know I looked horrible, because I was so skinny. If you came to my house last year, you would meet a lot of people and you won’t want to leave because we smoked, gossiped about people and what have you.”

She said more: “I made a lot of mistakes when I began acting and that was because I did not have plans. I just wanted to be known.

”But, I now know that being popular isn’t the same thing as being successful. When I got into the industry and the fame became too much, I became irresponsible.

“I could not boast of N1 million in 2016. I was making money and I wanted to feel among. When one of our colleagues bought a car, it was trouble because we all strove to buy the same car or a bigger one. I had to change my circle for good and this change started in March 2017.”

Aside the films I earlier mentioned, you need to see London Fever, Mentally, Dance to my Beat, Love is in the Hair, Esohe, Alani Baba labake, Ebi mi ni, Alakada and Sola Fe Pami to appreciate the good in this controversial Edo girl.

For this year, The ghost and the tout is one production in which she will most likely dazzle us when it goes to the cinemas. Femi Adebayo’s Diamonds in the Sky in which she acted last year should also hit the cinemas later in the year and I am positive Toyin will just scatter the place like she is wont to do. With direction from respected Kunle Afolayan, I expect Toyin to surpass her previous records.

My wish for Toyin this year is that she will not go down like Iya Bola refused to do in ‘Wives on Strike the Revolution’ when she misunderstood a white man who asked her and others in London if they would like to follow the lift to the ground floor. There will be no more codeine; no more hard drugs and scandals will be a thing of the past.

Let me leave you with Omoni’s take on Toyin: “I am so proud of you my darling. The world will celebrate you some more after they watch #Wivesonstriketherevolution. You murdered your role as Iya Bola! I could not have casted a better actor. I’m so glad you took all we talked about into consideration and you ran with it! You just wait for the accolades and the awards! I love you my baby girl.”

Well, I present her my own award today. It is time ToyinTitans got together and celebrated the one they call World Best.

Continue Reading
You may also like...
Related Topics:2017, Celebrate, exploits, toyin aimakhu, worth