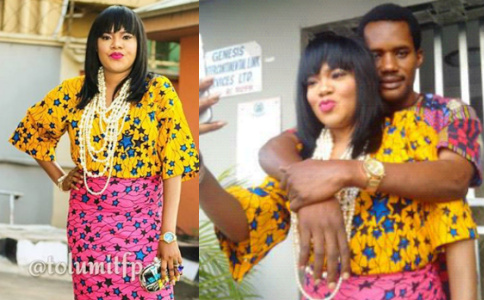 These are not the best of times for popular Nollywood actress Toyin Aimakhu who recently packed out of her matrimonial home over allegation of infidelity on the part of her husband, Adeniyi Johnson.

Few weeks after she left her husband’s house, the actress was said to have moved on with Ebony Film Boss and ex-lover Seun Egbegbe but the actress denied the romance.

In a recent interview, Toyin Aimakhu said she’s not dating Mr Egbegbe while the Ebony Film CEO confirmed their romance to another media outlet.

In the wake of the conflicting interviews, Seun Egbegbe who is reportedly funding Toyin Aimakhu’s lavish lifestyle and her movies was said to have challenged her on why she’s denying their romance openly, this soon generated a hot argument. 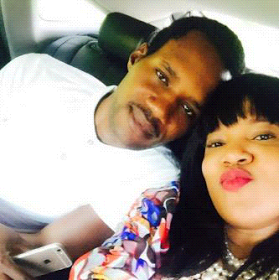 At a point, Toyin raised her voice on him, telling him that she couldn’t grant his request because she just quit her marriage and that people might not see their romance in a good light if they sensed she has quickly rushed into another relationship.

This was said to have infuriated Seun who allegedly hit her and beat her to a pulp.

Few hours after they both left the ‘boxing ring’, Toyin packed a few of her belongings and hit Ibadan where her family resides to console herself of the attack and of course from those prying her. 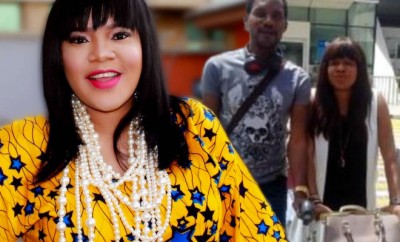 As it stands, her Instagram followers are clueless on her condition. She didn’t come to her IG page for 3 days until few hours ago when she shared a old photo of herself to put to rest the attack story.

Meanwhile, close friends who broke this news to us swore that the actress is not in her right frame of mind now. She has suddenly stopped picking her calls.

One of our sources who is close to Seun Egbegbe’s house in Ikeja Lagos confirmed the report from neighbours who reportedly intervened at the height of the attack.

No’ lele’ if she denies it, this is the truth of the story sha.