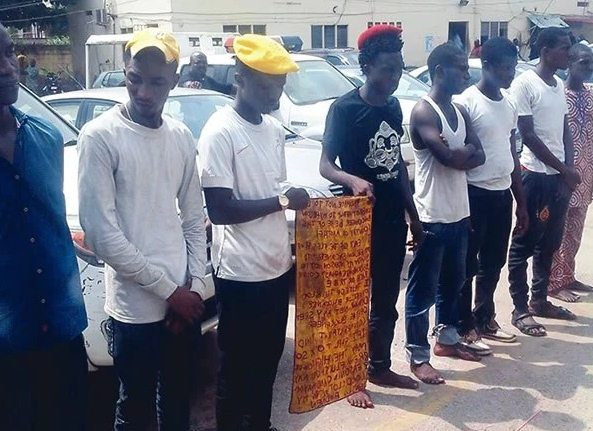 11 young boys were arrested on Wednesday at a beach in Ajah area of Lagos during the initiation ceremony of new members into the Buccaneers cult group.

One of the suspects, 25-year-old Emmanuel Christoper said his father is a police inspector  in Lagos while another suspect 20-year-old Ali Ikhide said his dad is a police sergeant currently serving in Cross River State.

According to the police, items recovered from the gang were: yellow cult caps, a banner showing the oath of allegiance to the Buccaneers cult group, charms, knives and machetes.

The cultists were apprehended around 3pm on Wednesday have been taken to the Special Anti-Robbery Squad in Ikeja Lagos.