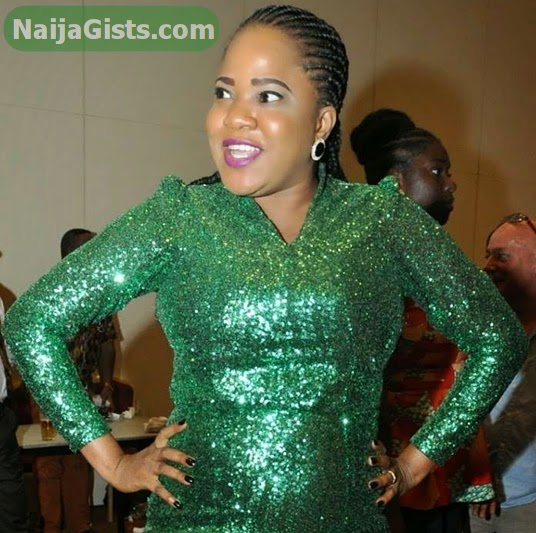 Nollywood Actor Yomi Fabiyi had meddled into the ongoing war between two top female stars Toyin Abraham and Mercy Aigbe, saying it was not a stunt and Toyin is simply envious of Mercy’s success.

Yesterday, a social media war had broken out between Nollywood top stars Mercy Aigbe and Toyin Abraham after Toyin stormed her colleagues page to drag her into a messy scandal.

Moments later, the two stars had laughed it off, calling it a prank and even posting each others photos on their individual pages. Toyin had even gone ahead to inform her fans that Mercy would be storming the Cinemas soon for a meet and greet.

However, yours truly had seen many loopholes in the alleged prank to know it was more than a stunt as their co actor Yomi Fabiyi had also been quick to suspect foul play saying he cannot be deceived as the others who were quick to believe it to be a prank.

A closer inspection of Toyin’s Abraham’s page and Mercy Aigbe’s page has added fuel to the fire, not only have they deleted the initial posts where they claimed the stuntish, they have also unfollowed each other on the gram!

According to Yomi Fabiyi, Toyin Abraham is envious of Mercy and particular jealous because her publicist/manager who is also Mercy’s publicist got Mercy a deal and not her.

Here is what he posted via his official IG page @realyomifabiyi

Hypocrites ignored a deliberate act from a colleague who ruined a glorious moment for her other colleague on the day she was celebrating her endorsement. An important milestone just because you both have the same PR manager but he got endorsement for the other and not you. It doesnt matter if you know him before. Wait for your time, it will come, just work on yourself and that dirty envy that makes you hurt just anybody doing well and may overtake you.

The height of the wickedness is to make the poor lady accept it was part of a “PUBLICITY STUNT”. Stunt to do what? At this stage? Bad footing. How do they expect those who signed her to feel. Do you do stunt with such terrible allegation, disgusting damage control. There was total diversion from her big moment. That is too tortious. She has done this to numerous others. ENOUGH IS ENOUGH.

I am here raising my voice as usual to condemn the act that is not right. The industry do not need such now or in future. Go get some rehab and stop messing around. This is how this lady has been hurting others and bank on her followers to stand by her. Una well done. They are fueling her bad habit they assume they are hurting me. I am past this stage of ABUSIVE COMMENTS walahi. They dont hit at me kobo.

How long do we condone this evil? Sadly some gullible and reckless lots who did not condemn her act initially before turning it to a silly joke or stunt are coming for me. Just as I have stood up for her in the past at her lowest ebb and stand by the truth is the same I will do with this. I am no hypicrite.

Sensible fans will reason along and the innocent, ignorant or reckless ones will stick to thier positions, not my burden. They won’t be honest in their overall judgement and help this young lady in killing this terrible envy eating her up. Very soon she will induldge in another. I am not in a hurry.
To my folks I am fine. I am filming and in good shape. This is the height of her strength physically. IGNORE….”

Toyin Aimakhu has since unfollowed Yomi Fabiyi and her publicist Samuel Olatunji who she had initially claimed would walk her down the aisle!.