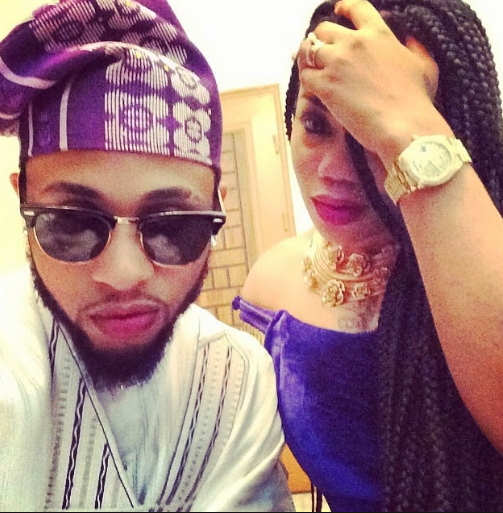 An unemployed self proclaimed big boy who allegedly lived off Toyin Lawani’s sweat for over 10 years has been arrested.

Lord Trigg, the father of Toyin Lawani’s child was arrested in Lekki Lagos yesterday for refusing to pay off his debt at Golden Bird Hotel in Ilasan where he stayed for 6 months without payment.

Although Trigg and his partners in crime promised to pay the hotel owner, but when they didn’t fulfill their promise, the owner of Golden Bird reported them to police.

Trigg the scapegoat is the only one in Police detention at Ilasan Police division after two of his friends managed to escape.

Let’s see if his babymama will come to his rescue.