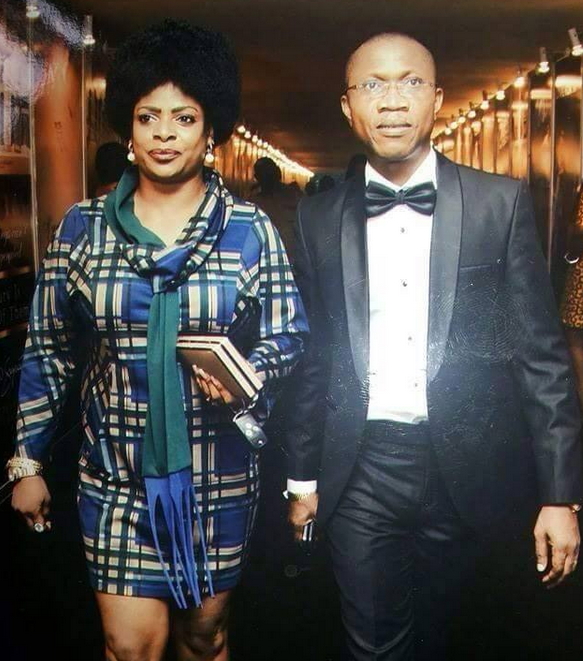 While speaking with PUNCH yesterday, the deputy Managing Director of Sun Newspapers, Steve Nwosu, who noted that the robbers scaled the fence into his compound, begged the police to ensure the release of his wife.

He said, “It was a robbery incident. They also got to other houses. The robbers came into my neighbour’s house through a ladder abandoned by a house painter. Then, they scaled the fence into my house.

“Let the police help to get my wife released.”

Our correspondent gathered that a suspected member of the kidnapping gang had got across to the family, demanding N100m.

A resident in the area, who gave his name simply as Felix, said, “The robbers stormed three houses in the area, shot for several minutes and dispossessed the residents of valuables.

“The robbers then entered the director’s apartment. They stole valuables from the house. But when they were not satisfied, they took away the woman right in the presence of the family members.

“The robbers later escaped at about 3am through the canal at the Amuwo Odofin area.”

The Commissioner of Police said the police were intensifying efforts not only to rescue Toyin, but also to apprehend the suspected robbers.

He said, “The area is still an active crime scene. The police have been there and realised that the robbers gained entrance through an abandoned ladder.

“Apart from my friend’s (Steve) apartment, two to three other apartments were robbed. It was not a stand-alone incident. The robbers then escaped through a boat. There is an element of error by neighbours painting their houses, one of who left the ladder used by the painter hanging there.

“The police had visited the crime scene, and I assure you that we will deploy all human and material resources to liberate the victim. We will also get the hoodlums.”