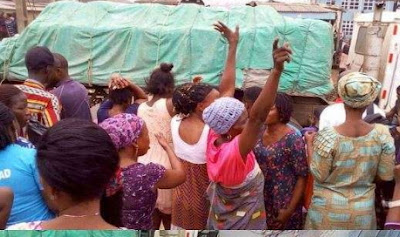 A female trader lost her life yesterday after a trailer suffered brake failure while descending on Iyana Isolo Bridge in Lagos yesterday.

The incident happened at 4:16pm when the woman alighted from a tricycle to run to safety.

When the trailer hit her, she shouted for help but the trailer had crushed her to death before passers-by came to her rescue.

The tricycle driver escaped death by a whisker after he ran in the direction opposite that of the deceased woman.