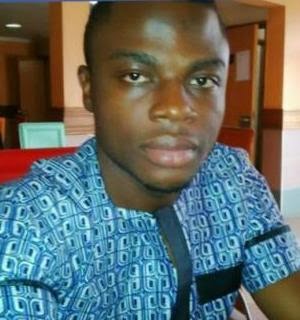 A trigger- happy cop, Corporal Abang Okon, was on Tuesday sentenced to six years imprisonment by a Lagos High Court, Ikeja, for manslaughter.

The court presided by Justice Sedoten Ogunsanya found Okon guilty‎ for the unlawful killing of one Olalekan Ajayi.

The convict, who was arraigned on a one- count charge, was sentenced to six years imprisonment by the judge after he pleaded guilty to the offence.

Okon was arraigned before Justice Ogunsanya on April 1, 2015 for firing the gunshot that killed Olalekan.

The incident, according to the state prosecutor, Adebayo Haroun, took place at the Ladega area of Ikorodu, Lagos.

The defendant who had earlier pleaded not guilty to the charge, later agreed to a plea bargain with the prosecution.

At the resumed hearing on Tuesday, Haroun informed the court that a plea bargain had been reached between the defendant and the state.

He urged the court to approve the guilty plea as involuntary manslaughter.

Delivering judgment on the matter, Justice Ogunsanya adopted a part of the ‎plea bargain.

The judge said,”The defendant having shown remorse for his actions on August 28, 2013 along Ladega Junction, Ikorodu, Lagos, by negligently firing a bullet at one Olalekan Ajayi which resulted in his death hereby pleads guilty to the offence of involuntary manslaughter contrary to section 222 of the criminal law of Lagos State, 2011.

“The defendant is hereby sentenced to six years imprisonment to take effect from the date of his remand in prison custody.”