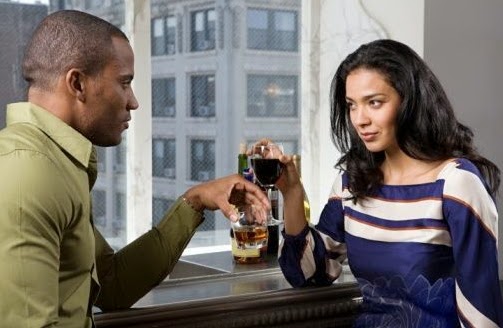 To Toyin Adedamola, a 36-year-old resident of Oshodi area of Lagos dating a married man “is not a big deal.”

“I am old enough to marry, but when I don’t find the right man ready to put me in his house as his wife, should I just remain like a prisoner?

“As I am now, I don’t mind being a second wife as long as I am comfortable and respected like a wife by the man,” she said.

Another respondent, who simply gave her name as Jumoke, confirmed that she was dating a married man but added that she was not ready to be a second wife.

“I am dating one married man and we have been together for two years now. He is ready to marry me, but I am not ready to be a second wife.

“Experience has taught me that being a second wife would make you fight for your life till death. So I told him I can’t be a second wife.

“I am only with him till I find the right person to marry me,” she said.

A married woman, who refused to mention her name for safety reasons, told our correspondent that it is sometimes good to date a married man for experience.

“I dated a married man here in Ogun State before I got married. I finally bade him bye two days to my wedding.

“I had a good time with him all through the period we dated. I decided to date him so that I would know how best to handle my husband.

“I felt it would also help me to monitor my husband’s activities and keep him from women. The man was actually encouraged to date a woman outside because his wife made his home hell for him,” the pregnant 29-year-old woman explained.

For Maureen, she dates a married man apart from two regular boyfriends.

While the married man pays most of her bills, she keeps the two boyfriends pending when any of them would decide on marriage.

“I am getting to 30 years old and that is not funny. That’s why I have the two guys. But for the married man, we both know we don’t have a future together, but he pays my bills and assists in other areas.

“I have been managing them. The married man knows I have another person, but the two bachelors don’t know each other or whether I have a married man,” she said.

For Eyitayo, dating a married man comes with risks, but she believes that in life, everything possess their own risks.

“There was this man I dated last year and his wife sent people after me. I was beaten mercilessly and had to spend three weeks in the hospital,”.

“At a time, I couldn’t do anything without thinking of him. Moreover, he was the one who rescued me and made me self-dependent.

“I always called and chatted with him even though I knew it was risky. That was how his wife knew and came after me.

“Though I have left the man, I am in another relationship but this time, the man’s wife is not in Lagos. The man lives alone and works here,” – the 29-year-old petty trader said.