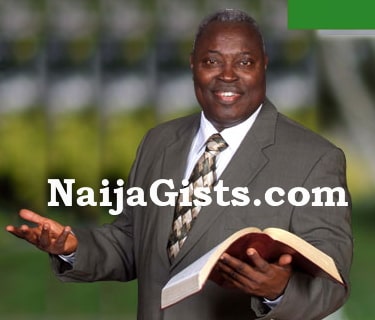 He was born to a relatively unknown family in Osun state but he grew up to become a shining light to all and sundry and he has since made that family name one to reckon with world over.
For his education, he attended the popular Mayflower secondary school in Ikenne, Ogun state, a school founded by late Dr. Tai Solarin who was an acclaimed atheist. His secondary school education was beset with failure and lot of disappointments because he wouldn’t study but chose to goof around with some other students.

One day was about to change that ugly situation as one of his teachers openly rebuked him during an afternoon break while playing with other students.

The man, said: “So Kumuyi you can also laugh like others when you’re not doing well academically?.”

That single statement sent bitter arrows through his soul as he was downcast and shocked to hear that he had no right to laugh, being a failure.

He didn’t allow the ‘message’ to hold him down. He soon started to change everything about his academic life. Borrowing old notes from fellow students, he read and consumed any note he could find till there was none to read again. That decision changed his fame and fortune as his academic life experienced a positive turnaround as he emerged among the best of the very best.

The scenario transcended to his university education days at the then University College Ibadan, the premier university now called University of Ibadan. He studied mathematics and came out with first class  and set a record with a very strong cumulative grade point average. That record is still among the best till date.

When fate came calling, he succumbed to divinity and chose to listen to the voice of God when he was in the University of Lagos as a lecturer.

He started the present Deeper life Christian ministry right there in Unilag. The rest is history now as the church he pioneered grew to be among the largest churches in the world.

Continue Reading
You may also like...
Related Topics:kumuyi, life, pastor