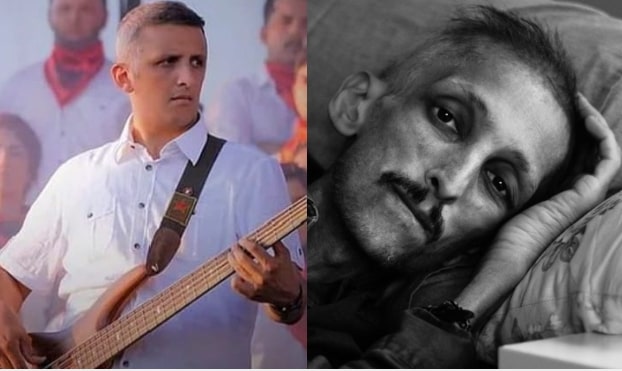 A member of a Turkish left-wing music band died on Thursday in an Istanbul hospital, just two days after he ended a nearly one-year hunger strike protesting government persecution, his lawyer told dpa.

He said lawyers found out about Gokcek’s death during a trial in which Gokcek was accused of alleged terror links.

There was no clear evidence against Gokcek except for statements from “secret witnesses,” his lawyer added.

Gokcek had started his strike in prison and was only released on the 290th day.

Gokcek ended his hunger strike on Tuesday after 323 days.

He was one of two Grup Yorum members on hunger strike, demanding the government end targeting of the group, lift the ban on their concerts and release the two remaining jailed members.

Singer Helin Bolek died in April after being on a hunger strike for 288 days.

An Istanbul prosecutor demanded up to 15 years in jail for the band members in November over their alleged DHKP-C membership, state news agency Anadolu reported.