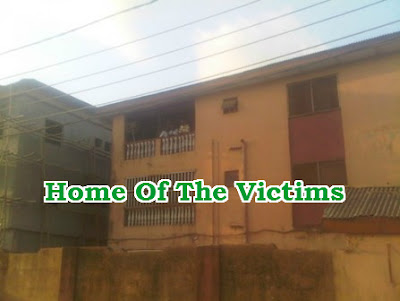 A lover man did the unthinkable at an hotel in Ikotun area of Lagos yesterday after he allegedly stabbed two brothers to death following an argument.

The suspect identified as Alex Onuora was dating the sister of the deceased twins but an attempt to lure her to sex failed after she reported him to her brothers.

After Elvis and Kene Mekwa’s sister denied him sex, Alex Onuora assaulted her, she reported the matter to her brothers but while they were confronting him at the hotel owned by popular socialite Segun Adewale aka Aeroland, the suspect used a broken bottle to attack them.

Elvis Mekwa died on the spot, while his twin brother, Kene died later at the hospital.

Onuora and his accomplice,  Alia have been declared wanted by Lagos Police.