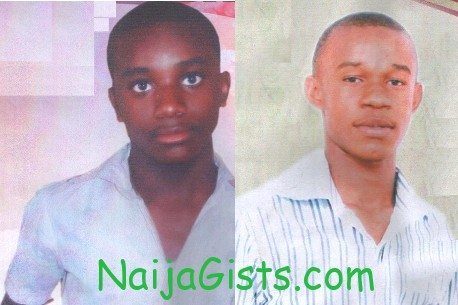 The non-Muslim population resident in the Muslim dominated northern Nigerian State of Kano continues to suffer death in the hands on the native Kano indigene. Information available to 247ureports indicates that two teenage students, aged 16 and 17 years were shot dead by unknown Muslim gunmen on Thursday December 6, 2012 at the Yankaba area of Kano metropolitan city near Hadeja road.

Eyewitness reports indicate that the shooting incident occurred at minutes after 7pm near Yankaba area popularly referred as Anambra – line when unknown gunmen riding on a motorbike instantly shot the two teenagers to death at close range – while wailing “Allahu Akbar” in Arabic. The gunmen escaped immediately.

The names of the two teenagers killed were Daniel Nwachukwu, aged 17 [from Owerri] and Chukwuemeka Emmanuel Agazie [from Umuchu], aged 16. Both were childhood friends who grew up in Yankaba. Daniel recently secured university admission in Imo state.

247ureports spoke to the fathers of the murdered boys, Solomon Agazie and Nwachukwu. They expressed shock and disbelief over the killing of their innocent sons in cold blood. Mr Nwachukwu who was heavily saddened, cried repeatedly “Who killed my son? What offence has he committed to be shot instantly to death without justice?”

The father told our correspondent that on Thursday, Daniel visited his friend, Chukwuebuka and while Chukwuebuka was seeing off Daniel just 200 metres away from his home, when Chukwuebuka sister, who was in the bathroom had two gun shots, rushed out to the scene, only to discover that her brother and friend had been shot to death.

In panic, she alerted her parents. Both fathers rushed out to see the dead body of their two boys lying in a pool of blood – bullet riddled body.

Within about 10minutes after the shooting, the agents of the Joint Task Force [JTF] stationed in Kano arrived and carried the bodies of the teenagers to the Bompai Police station where the incident was recorded and thereafter the bodies were taken to the Murtala Mohammed Specialist Hospital mortuary for autopsy.

The Police Command confirmed the incident to 247ureports.com indicating that investigation has commenced to unravel those behind the crime.

Meanwhile, the latest killing of two Igbo teenagers brings the number of Igbo people killed by Muslim gunmen to 18. The Ohaneze Ndigbo head in Kano, Chief Tobia Idika who spoke with 247ureports.com lamented bitterly over the rampant killing of non-Muslims and non-natives in Kano. He called on the government of Kano State to do something to provide security for their non-Muslim population – or else – they will be forced to defend themselves.

In his words, “the government of Kano State has shown that it does not care for the non-Muslims in Kano. Every week boys in motorbikes come into our areas and kill us – and the governor just ignores the death as if we are chickens dying. Till date, the government of Kano has not done anything to console the mourning families. I am disappointed and tired.”

In speaking with the Commissioner for Information for Kano State Government, Prof Farouk concerning the adequacy of security for non-Muslims in the State, he stated “Gov’t provides security for all residents of the State regardless of their tribe or religion. It is a fact that terrorists killed more Muslims than any other sect in the State. So why trivialize issues“.