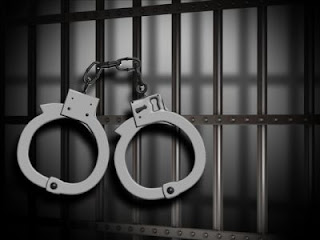 A Nigerian couple face a maximum sentence of 14 years’ imprisonment for secretly enslaving a Nigerian in Britain for 25 years.

Dr Emmanuel Edet, 59, and his wife Antan Edet, 56, have been charged with holding a person in servitude and immigration offences. They will appear at Harrow Crown Court later this month, Mail Online reported.

Scotland Yard is said to be investigating the case, after a Nigerian, Ofonime Sunday Edet, walked into a police station and claimed he was being held as a slave. Ofonime Edet, 38, said he has been held against his will since being trafficked to Britain in 1989, when he was just 13.

Edet told officers he was first enslaved by the couple in Nigeria, after his father’s death, with a promise to provide work, lodging and an education so he could support his family.

Instead, he claims, he was lured to Britain and forced to undertake menial tasks for years for little or no pay while being threatened not to speak to anyone else.

He was inspired to break free by the national outcry surrounding the release last October of a group of women held in a cult-like Maoist ‘slave house’, according to Mail Online

Dr Edet is a respected gynaecologist who worked for Surrey County Council and has written several academic works on child welfare.

He is an expert on teenage pregnancy and who worked as a non-clinical adviser and is the author of guidelines followed by hundreds of health workers. His wife is a senior ward manager at Ealing Hospital, less than four miles from their modern terraced home in Perivale, North West London.