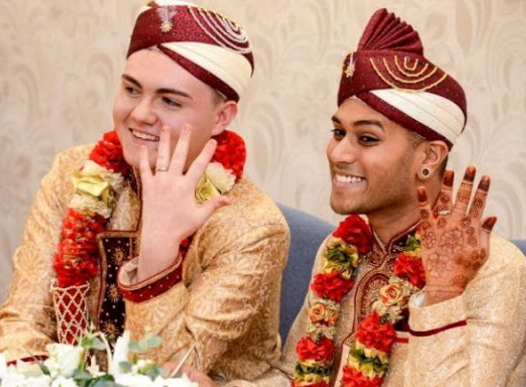 Meet Jahed Choudhury a 24-year-old Muslim man disowned by his family for coming out as gay and his “wife”, Sean Rogan, 19.

The duo who are active members of the LGBT community in Walsall tied the knot in a registry office in Walsall city, England recently.

Jahed who came from a Muslim family said he was suicidal on the day he met Sean who gave him another reason for living. 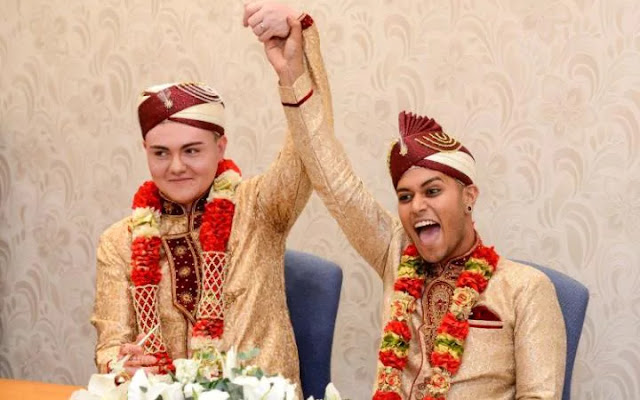 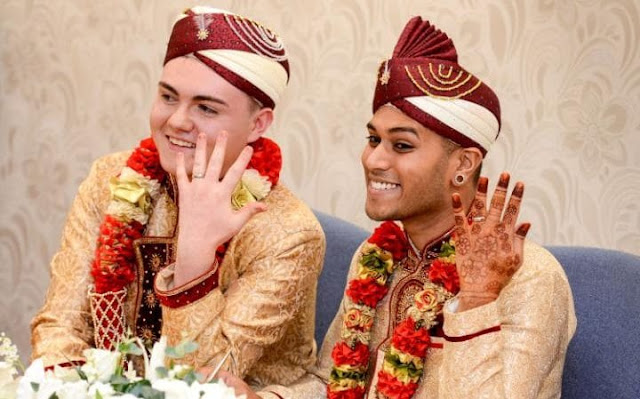 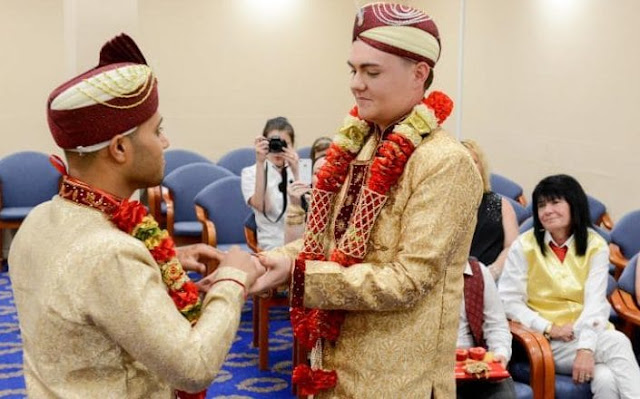 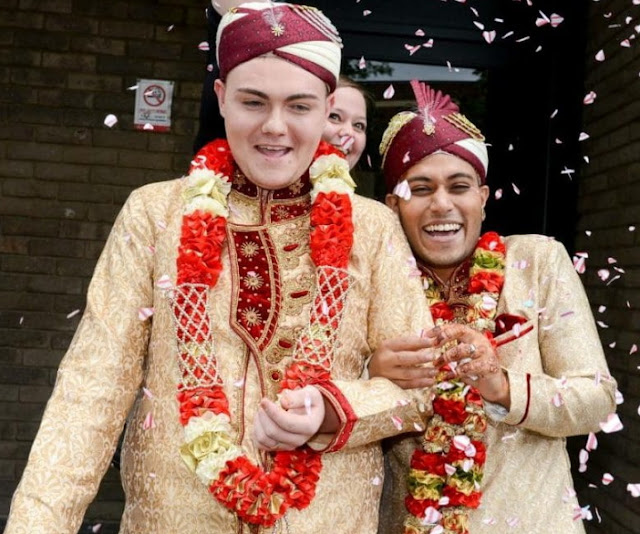 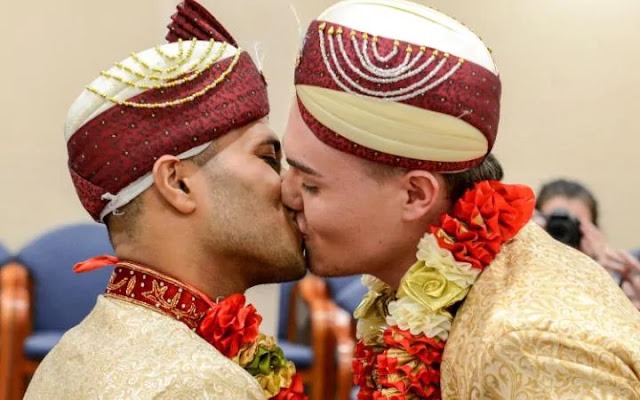 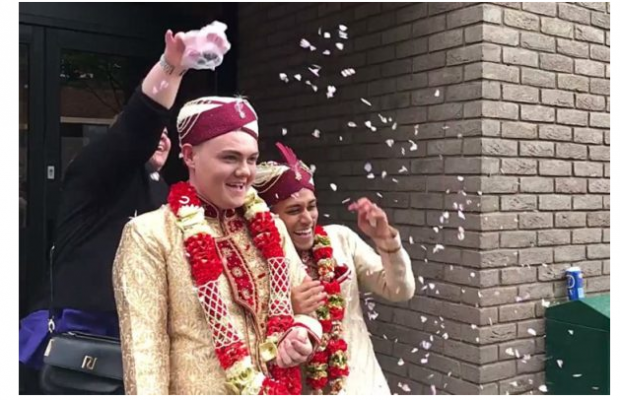