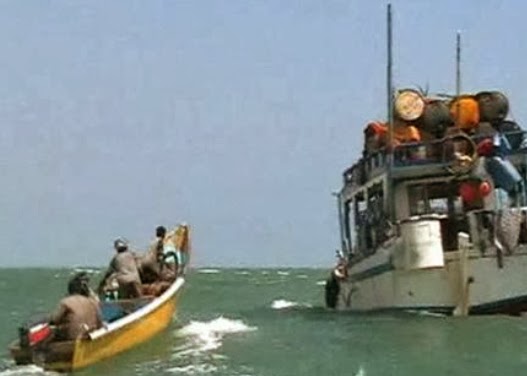 Some high sea pirates have attacked an oil products tanker off the coast of Nigeria and kidnapped its Ukrainian captain and a Greek engineer, Greek coast guard officials said on Tuesday.

The 6,500 ton Marshall Islands-flaggged MT ALTHEA with 18 crew on board was attacked by a group of 10 pirates, the officials said. The ship’s manager, Piraeus-based Medtankers Management, confirmed the attack.

“We are doing everything we can for their release,” an official at the firm said on condition of anonymity, adding that so far, no ransom demand had been received.

“They kidnapped the two men but did not touch the cargo (oil) or injure anyone.”

The ship was attacked late on Monday around 35 nautical miles off the oil-producing Niger Delta coastline, a Nigerian security source said. The armed pirates fled with the two hostages in a speedboat, the source said.

The Nigerian navy is investigating, a spokesman said.

Pirate attacks off Nigeria have jumped by a third this year as ships passing through West Africa’s Gulf of Guinea, a major commodities route, have come under threat from gangs wanting to snatch cargoes and crews.

Unlike the waters off Somalia on the east African coast, where ships now speed through with armed guards on board, there is little protection for many vessels which have to anchor off West African countries to do business.

This makes them targets for criminals and raises insurance costs. Kidnapped sailors and oil workers taken in Nigerian waters are usually released after a ransom is paid.