Few weeks ago, it was reported in magazine headlines that a particular South-South governor is under investigation for an alleged extra marital affairs in his household

Yesterday, the story pointed to Rivers State Governor Rotimi Amaechi. The unconfirmed rumour disclosed that the governor has impregnated the daughter of Professor Wole Soyinka, Moremi and that she is set to put to bed any moment from now.

According to the report, the expectant mother has been living in the Government House for sometime now. 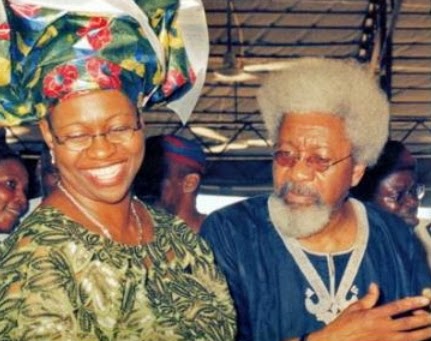 Governor Amaechi is considering the intention of taking Soyinka’s daughter as his second wife at the height of the domestic problem with his wife Judith.

Mrs Judith Amaechi ran overseas to avoid his abusive husband and that may have been the opening for Soyinka’s daughter to have a firm grip on the Rivers state governor.

Before we start blaming him, keep in mind that this story may be the handiwork of his political opponents.