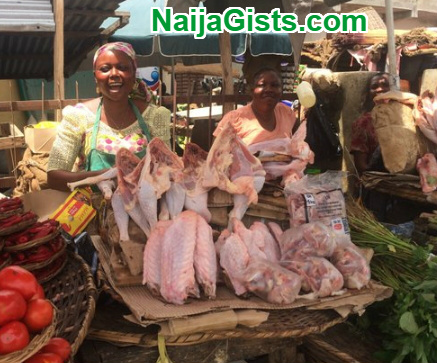 A Badagry Chief Magistrates’ Court in Lagos today  granted N50,000 bail to an unemployed man who allegedly stole a carton of chicken and that of gizzard.

Magistrate Abiodun Etti granted bail to Emeka Ifererike after he pleaded not guilty.

Etti also ordered the accused to provide a surety in like sum.
Ifejerike, whose address is unknown, was charged on one count.

The prosecutor, Insp. Innocent Uko submitted that the accused committed the offence on Sept. 17 at Olowololowo Market, Morogbo, Badagry.
Uko said that the accused stole the items from Mrs Morenikeji Badmus, adding that they worth N7,700 each.

“The accused went to the shop and, when he noticed that no one was in the shop, he took a carton of chicken and gizzard. “Before he could get away with them, the complainant caught him,” he said.

Uko noted that the alleged offence contravened Section 285 of the Criminal Law of Lagos State, 2011.

Further hearing in the case has been fixed for Oct. 5.