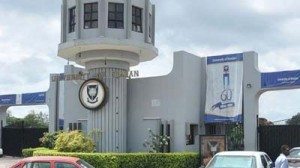 A 100 level student of the University of Ibadan, UI who attempted to commit suicide by drinking bleach after being jilted by her lover has been rushed the UCH (University College Hospital) to save her from dying. naijagists.com

The female student (name withheld) allegedly drank a solution called Hypo on Sunday November 4, 2012 after her long time boyfriend told her it’s over.

The lady who suffered severe kidney damage has been rescured after the poison was flushed out of her system.

A singing sensation on campus was said to have quickly waxed a hip hop lyric entitled “Hypo Love” to teach other students, especially ladies, the morals of the incident.