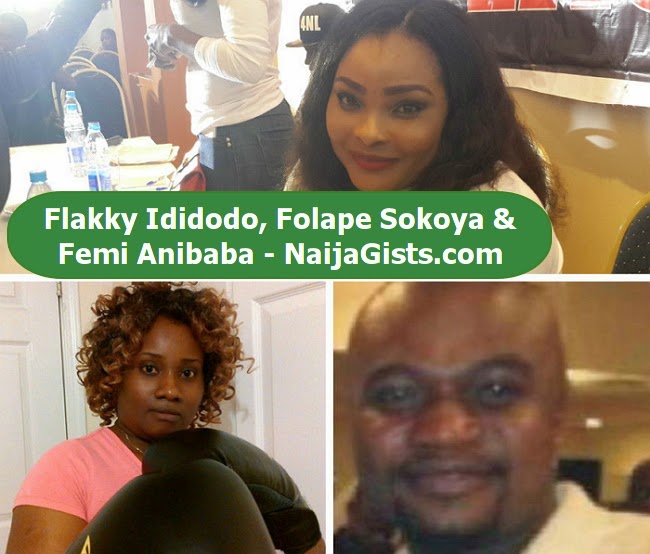 This story was sent in by a friend of Folape Sokoya, the woman Nollywood actress Ronke Odusanya allegedly snatched her hubby.

I am a very good friend to this lady ‘FOLAPE SOKOYA’ and I have known her for almost most of 10yrs now, when all this first started, in 2008,as said by “Flakky” herself, that “Folape’ face booked her to warn her about her secret affair with her husband and also confronted the husband who denied ever knowing “Flakky” infact his exact words to his wife was “who does not all this Yoruba actresses I only like her movies”., they talked it out that moment that was it. As time went on “Mr. Femi Anibaba” still went on calling “Flakky even into late nights American time and as a heavily pregnant woman then what could she have done with her condition; ‘Mr. Femi Anibaba’ even went to Naija that same year with his second daughter claiming to going to see his mum but when he came back ,”Folape’ found pictures of him and flakky in his belongings and this ‘Flakky’ Even flaky took a picture with their daughter then and miss “Folape was angry at her husband then. who denied it all and said they only took pictures with her because she was a celebrity indeed. 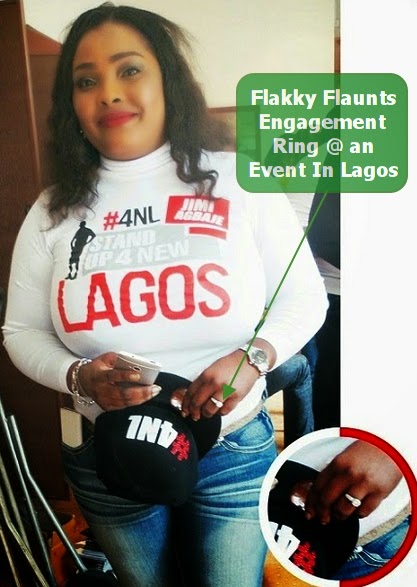 Let us not be quick to judging anyone, when a man wants to cheat there is nothing anyone can do to stop him let alone a pregnant woman; now after all that went on, this same “ Mr. Femi Anibaba” started fighting his wife in the house in fact since I have known ‘Folape ‘ and her husband “FLAKKY” was the first reason they ever had a big fight all went on “FEMI AND FLAKKY” were dating, ”Folape stood on the side line watching her reasons then was because her kid were super very young and she was not leaving until her husband told her too; alongside all this, “Mr. Femi Anibaba had another extra marital affairs with two other women one in Canada and one in London and also had two kids out of wedlock.

“Flakky” continued dating this lady’s husband in fact when “Flakky said in her interview that she printed out the conversation she had with” Folape” and showed it to his ‘FAMILY”, did we all wonder how she got to know his family that quick?, and they were just friends to that extent people lets all take our time to reason here you claim to know someone as a friend in that same short period of time you were bold enough to take a letter or a print out to them without them ever knowing you people please check that out. The only reason she was able to do that was because “Mr. Femi” had already introduced her to his family as his girl friend and they all knew about what he was doing I can even remember “Folape’ calling her then mother in-law about “Femi and Flakky” and what her mother in-law said to her then was very disturbing, her mother in said “ni gba yen ko, ti femi ba fe ronke ko fe” she cried all that night ; there was even one time when “Folape’ had gone to work, that this same “Mr. Femi Anibaba” called “Flakky” and put their kids on the phone to talk to “Flakky” when “Folape” came back from work her daughter told her said ”Mum I spoke with “Becky” my daddy’s girlfriend from the Jennifer Nigeria movie” “Folape” confronted the husband they got into an argument again, which went really very bad.

Another thing is in the story “Flakky” gave she said “Mr. Femi Anibaba” “told her in 2008 that his wife and him were separated”, and in 2012 again he told her the same thing people can’t we see the “Flakky” is contradicting herself or how can one person leave in 08 and 2012.HHHUUUUUUUMMMMMMMMMMMMM.

People am not putting my friend’s business out but I think we all need to know the truth and if miss “Flakky” wants to now come out and sound innocent like she doing now, then she also needs to know that nothing is done in cover under the eye of the Lord.”FLAKKY” was the mean reason why they separated, even this past July, when “Flakky” was here in America staying at “Mr. Femi Anibaba’s presumed hotel at his two bedroom apparment, “Folape” and her husband still had a fight over the issue of him allowing their kid to meet with “Flakky” against her will, she said ”Femi please if you want to be with Flakky that is your choice but I beg you in Jesus name don’t take my kid to the reason why we are separated they are all I have while you extra two kids hidden somewhere, if you want to show case your kids to “Flakky” go and show case your other two kids and let see what their mothers will do” this is enough for now. If “Flakky” is the real innocent woman she claims to be then let her come and defend all this, am every sure behind her mind she knows all this is true and only a real woman can own up to the “Gospel Truth”. Like she claim and if I may remind her no marriage will last if the foundation is all lies, “Mr. Femi Anibaba can play dead and stupid for now he risk the joy and happiness of his children over a woman who can leave at anytime “Folape” does not want “Mr. Femi Anibaba” back at all, the only reason she said something was because “Flakky” came out thinking “Folape” will not have the guts to expose her, am very sure if she knew ‘Folape” was going to say something she would not have broadcasted her getting engaged to the man she baby spooned out of his marriage.

To me I know “Mr. Femi Anibaba frustrated the wife to the point that she had no choice but to leave so that he and “Flakky” could continue what they had started “Folape” stood by her husband even when she found out that he had other kid outside their marriage she said “my husband has begged me what else would I want him to do” so if that kind of woman can take that then she could take anything but being beaten because of another woman ‘”Ronke/Flakky” be wise I will never tell you to leave this man but be warned that your own disgraceful days is hanging waiting to drop on you, even if it’s not “Mr. Femi Anibaba” she marries today what goes around come around and very fast it does you have greedily design how your marriage will be no matter whom you marry.