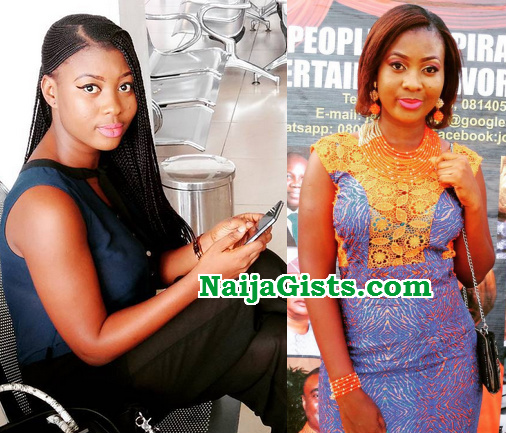 In this recent interview with Vanguard, Miss Ogundare discusses her worries for Nollywood and many other interesting things.

What inspired your choice of career?

Acting has always been my dream. We all act everyday. For instance, when you are hungry, your mood and voice change. The reaction you give at that moment is called acting. So, acting comes naturally.

How has the journey been so far?

(Sighs) It’s not been easy but I bless God because I am still in the industry and remain relevant. At a time, it was as bad as sharing a room with more than ten people at locations. The production manager might decide to put 15 people in a room. Nobody seems to care abouts all these. But all that is history because I know better now.

Do you think you can achieve your dreams in the industry?

I am an optimist. So with God , hard work, dedication, my family and friends, I will get to the top.

How many films have you featured in?

Honestly, I can’t really remember the exact number because I’ve done some that I don’t even know the titles or remember. Some marketers might not agree with the movie title and decide to change it before the release date leaving some of us in the dark. I have featured in more than 15 movies.

What are your worries about the acting industry?

Many things are wrong in Nollywood. Most of our directors scarcely promote upcoming actors in the industry. They should allow new faces to feature well to showcase their talents. The popular faces did not just get there in a day. Some of them disappoint producers at the 11th hour. Our viewers are tired of seeing the same old faces. We also need to work more on our story ideas. Many of our films are predictable. Once you see the cast, you know what the story is all about.

Is it true some actresses pay directors to get roles?

I’ve heard cases about people giving money to directors for roles. A girl told me she once paid N200,000 to feature in an English movie. Well, actresses who do this are adults, so I can’t question their actions. Moreover, I need not judge them because it’s not my money.

Many Yoruba actresses seem to be in the buying and selling business. Is this the same with you?

Yes, I am a business woman. Everyone has reasons for their actions. I didn’t venture into business because it’s the trend in Nollywood especially among Yoruba actresses. I’ve been into buying and selling long before I joined the entertainment industry even as an undergraduate.

Can we deduce that some actresses venture into other businesses because acting is not lucrative enough?

Acting isn’t that lucrative as people think. Most of the popular faces make up with endorsements, adverts and other chains of businesses.

Do you think it is ethical?

Most of these girls use acting as a platform for prostitution, showcasing their selling point to older and loaded guys who need their services. To some extent, I actually think paying for roles is better than sleeping with producers or directors to get roles.

Who is the Nigerian actor you’re dying to work with?

Have you suffered any heartbreak?

Have I really been heartbroken per se? I don’t think so (chuckles). Who wants to break my heart? I should be the one to break their hearts.

Are you in a relationship at the moment?

How soon should we expect the wedding bells?

(laughs) That’s if you’d marry me. Unfortunately, we are both females.

You sound like someone who has never been in a relationship, are you a virgin?

This is 21st century. Well, if my mother is one, then I am also one.

You have a good height, have you taken a shot at modeling?

Yes, at some point, I tried modeling and even contested for Sisi Oge in 2014 but lost to a friend.