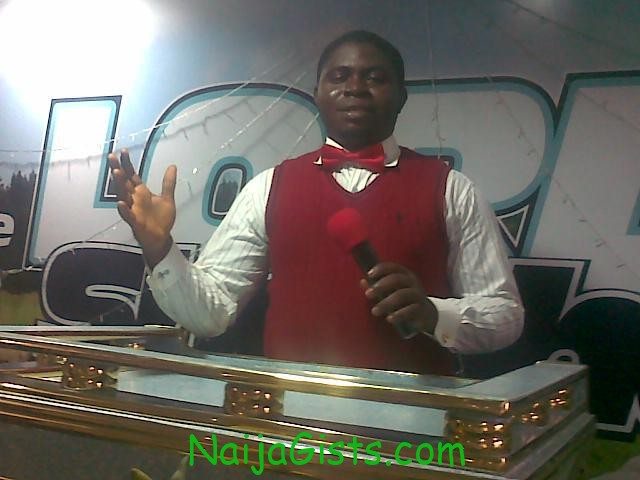 Ayodeji allegedly committed suicide two days after he was caught cheating during a paper in his final examinations.

He was allegedly caught cheating while writing the Business Management examination last Saturday.

Ayodeji, however, made his intention to take his own life known to his friends through a post on his Facebook wall.

The first son in a family of three then went ahead and hanged himself on a mango tree inside an uncompleted building beside his father’s compound.

Ayodeji, an ex-student of CMS Grammar School, Bariga, at about 6:13 p.m. on Monday posted his suicide note on his Facebook wall: “what they said about me is not true in school, but God knows better. Thanks we see at the end, I luv u all.”

At 8:04 p.m. that same day, he again updated the wall with “why me” before killing himself early Tuesday morning.

The sad incident which occurred at the victim’s family’s Oluwaga residence at the Ayobo-Ipaja Local Council Development Area of the state, has since thrown the entire community into confusion and mourning.

Ayodeji Balogun tricked his mother into going for a vigil in their church and also ensured that his aged father was fast asleep before committing the dastardly act.

His father, Pa Balogun, while speaking on the sad development, said that since he noticed his son’s queer behaviour few days ago, he had made several efforts to ensure that the introvert disclosed what was bothering him to no avail.

“He told me he was not feeling fine and I tried my best possible afterwards to know what was troubling him but he won’t say a word.. I asked if he would like to see the doctor and he said no.

“He even went behind my back to stop the person I asked to go and bring a nurse to treat him.

“When it was around 8 p.m. on that Monday, he was the one that asked his mother if she was not going for vigil before she prepared herself and left for church.

“We were together outside the house till 9 p.m. before we decided to go in and sleep and I was monitoring his movements all through the night.

“Twice I caught him trying to sneak out of the house at odd hours and I stopped him. On the two occasions, he told me he wanted to ease himself and I ensured that he returned to the house.

“He was able to perpetrated the devilish act because I slept off when the rain started.

“Lo and behold, I saw my son’s lifeless body dangling on the mango tree where he hanged himself and I shouted for help.

“In the morning, we reported the matter at the Ayobo Police Station and they came to take his photographs and cut the rope he used to hang himself.

“I have since put the incident behind me because that was how he chose to live his own life,” he said. 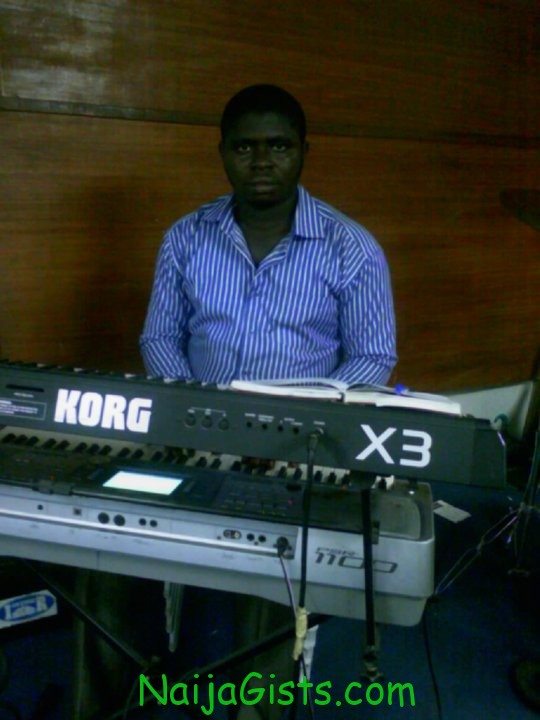 According to P.M report, his friends who spoke on condition of anonymity while consoling his parents at their residence, said that the deceased did not tell them that he was caught cheating during the examination. They told our correspondent that they got wind of it after the news had spread all over the campus that he had committed suicide

“When we got the news, we gather ourselves and vowed to cause commotion in the school premises. We first of all approached the lecturer that was said to have caught him cheating in the exam and the man was crying as he was narrating what transpired between them on the said day to us.

“He told us that what happened between them did not warrant him taking his life in the most cruel manner. He even told us that he was not even taking the issue with utmost seriousness.

“The lecturer told us he caught him red handed with the ‘expo’ in his wallet and he seized it from him. He told us further that Ayo came back afterwards and wrestle the stuff from him and he became furious and said he will take the issue up with him.

“Throughout that day in school, he did not tell us anything of such happened, even though we noticed that he was not feeling his usual self. He was the type that did share his problem with his friends. We have stayed together for four years on campus, yet we don’t know much about him because he likes keeping to himself despite being jovial and friendly,” one of his colleagues

A lot to life than what you think or see but init.. i weep and in it i smile again.. LIFE GOES ON…

On monday i woke up to the sad news that Christopher Okocha was gone with the crash… I saw reason and really i couldn’t help crying although i kept faith, believing that life will never end for me… But now am broken, my defense is compromised, heart is ripped out of my chest.. i find my pen again.. and now i write, not with ink but with the tears in my eyes. i cry and my tears are black tonight…my heart bleeds through my eyes tonight…not blood, not water, but the stale decay of what became of this country, my home, my nigeria, my heartbeat.

He’s like a brother… we grew up walking on the same road.. eating fruits from the same tree, he was a grad of Community Grammar School… not CMS, yes we played on the same field.. “felele”, we drank from the same tap…you played the strings while i loved the konga, we shared too many things for me to ever imagine this is over or now you are gone. I was still in your house on sunday 3rd of june 2012 on my way to the Akinbode’s, yes you were alive and the plane crash was a troubling matter to all…you could have shared the burden, say the things that burned your heart…now my heart is ripped out of my chest but… Life goes on

Memories come rushing back.. Emmanuel Oshiame left in April 2008, Femi Akintola never returned from 2009 NYSC… 2010, 2011 i cried for the loss of my brothers and friend i mentioned above.. but a friend on Sunday and a brother on Monday is too much for me to bear.