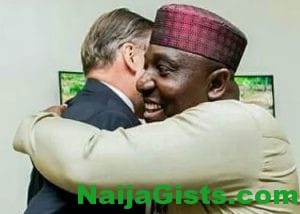 October 18, 2017 – US Ambassador To Nigeria Tells Okorocha Americans Are Proud Of Him Days After Erecting Zuma Statue In Imo State

US Ambassador to Nigeria visits Imo state governor Rochas Okorocha, says US government is proud of him

Symington told Governor Okorocha that having heard so much about you, the US government decided to visit and see for themselves his exploits in uniting Africa through investment in education as exemplified by his Rochas Foundation College of Africa.

‘The American government is proud of you, American people are happy with you and together we will support this dream’ the ambassador told Gov Rochas Okorocha.

Now that everyone is aware that ‘Daddy Okorocha’ has become fada Xmas, E be like say oga too wants Zuma-like honour bestowed on him. 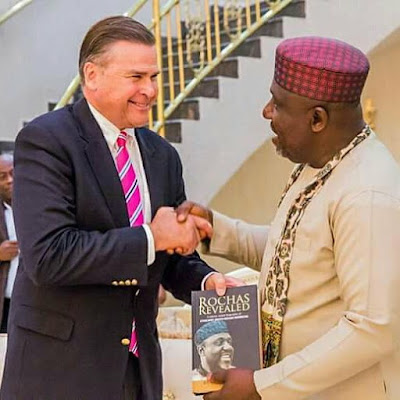 Continue Reading
You may also like...
Related Topics:ambassador, Okorocha, us