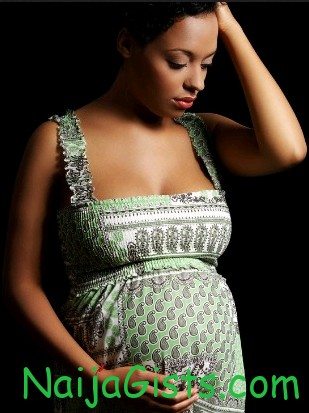 Oct 2nd, 2012 – US Embassy In Nigeria Discriminate Against Pregnant Women

US embassy in Nigeria seems to have perfected the art of denying well-meaning and legitimate non-immigrants Nigerian mothers visa for reasons best known to it. naijagists.com

At the end of visa interview sessions, what one hears is: ‘’You are not qualified at this time’’!

Women of child-bearing age are asked questions such as:

And if the response to any of these questions is in the affirmative, then the next set of questions may be:

You are probably asked to show evidence and even after showing evidence you are told mostly that you do not qualify at this time or that you should reapply after having your baby.

Please note that there have been cases when female applicants did not even know they were pregnant during the interview and later discovered in the weeks to follow! Obviously, a married woman who is sexually active can become pregnant at anytime even with the use of contraceptives. Asking these kinds of questions during interviews is not a way to determine the purpose of the interview, which is to determine if the visa applicant is an intending immigrant. Finding out if an applicant is pregnant or plan to become pregnant soon, has nothing to do with the application but is an unnecessary invasion of privacy.

Moreover in Africa, questions like these are very sensitive as people like to keep such information private until the pregnancy becomes advanced. If one may ask, is the visa meant to be an agreement to celibacy in marriage? In my own case, I had used my American visa many times for holiday and even business before deciding to make use of the medical facilities available in the US to have my baby.

I also decided to do this because I developed some complications during the pregnancy and decided to seek better health care. Why then would a consular officer overlook all the business transactions done and deny an applicant for the simple reason of having a baby in America?

Is it wrong for a mother to seek better medical treatment for herself anywhere in the world if she can afford it? Or, could it be that it is a crime under American laws? Let us examine the major issues in this matter because I really do not understand the thinking.

The B-1/B-2 visitors visa is for people travelling to the United States temporarily for business (B-1) or for pleasure or medical treatment (B-2). Generally, the B-2 visa is for travel that is recreational in nature, including tourism, visits to friends or relatives, medical treatment and activities of a fraternal, social or service nature often the B-1 and B-2 visas are combined and issued as one visa: the B-1/B-2 visa.

So, can we safely assume that if you are issued a visa in the B-1/B-2 category, you can use the visa for any of the purposes stated above during the duration of the visa (which is usually 2 years validity) without fear that you will be denied another visa during renewal for using it for any of the above stated purposes? Let us say, for instance, during the interview, you stated to the consular officer that you were travelling to America on holiday. If sometimes during the validity of your visa, you use same visa for business purposes or medical purposes, should you be penalised?

Using one’s visa for medical treatment can be in form of the following: Any form of surgery both medical, cosmetic surgeries, having a baby or any gynaecological related procedure, general medical check-up e.t.c

I have tried to find out several reasons why mothers are being denied visas to the US. Could it be because there is a law in place saying people cannot have their babies in America? In fact, I can say after much investigation that there is nothing like that.

Could the issue be that the women that are having babies in America can cause overpopulation in the future? I still do not think that is the issue as the American government still runs the visa lottery every year in which thousands of people all over the world are granted immigrant status to live and work in America.