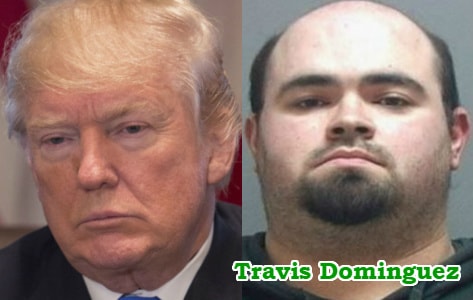 An American man identified as Travis Dominguez has been charged for threatening to kill the United States President, Donald Trump.

Dominguez reportedly uttered the threats during Trump’s visit to Salt Lake City in Utah on Monday the 4th of December 2017.

According to court documents, he also threatened to bomb a bank, movie theater and shoot movie goers and police responding to the shooting.

He was yesterday charged with 11 counts of making death threats in a US District Court of Utah.