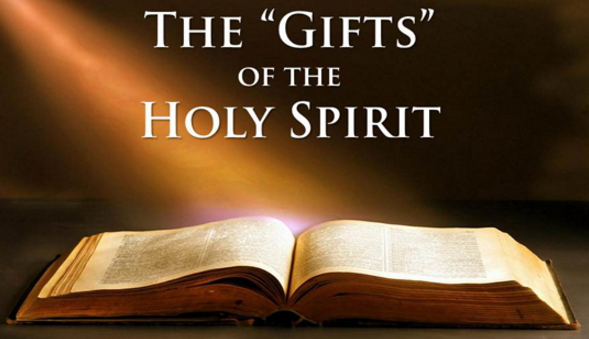 January 8, 2016 – Utilizing The Gift Of The Holy Spirit By Tony Ogunlowo

Ever since Pentecost Day more and more people are receiving the gift of the Holy Spirit. Whilst the gift has not been presented to them in the form of a tongue of fire levitating above their heads, they have received it and only literally understand its importance.

Some people believe the receipt of the Holy Spirit is a licence for them to shout from the rooftops :” Look at me I’ve got the Holy Spirit in me!”, whilst talking loudly in tongues and making a general spectacle of themselves.

Someone who receives the Holy Spirit is akin to someone who has received the Higher Calling of God but on a lesser level. It is the start of a personal spiritual adventure, an odyssey into the unknown – and definitely not a circus-act! (- The Holy Spirits original intention for people to talk in tongues was to enable them to talk in all languages, making it easier to communicate the Word to everyone)

It is meant for the spiritual development and enrichment of the individual; it is meant for the recipient to become more of a Christian, living their lives more in accordance with the Ten Commandments and the doctrines of the Christian faith. To remind ourselves of the gifts of the Holy Spirit it encompasses – Wisdom, Understanding, Counsel, Fortitude, Knowledge, Piety and most important of all – the fear of the Lord.

The recipient will find themselves reaching out, trying to help others. Again, this must be done quietly – no need to make a song and dance about it – praying for someone doesn’t have to be done publicly and neither does the healing of an afflicted person have to be done in the presence of an audience. Even charitable deeds need to be done anonymously. You don’t ‘show’ you’ve got the gift of the Holy Spirit, public display of it just shows arrogance. Remember there is no ‘celebrity’ status in the work of God. So if you want to be known, to all and sundry, as the speaking-in-tongues-miracle-working-prayerful-person I’m afraid the gift of the Holy Spirit is not for you! (- and you probably don’t have it anyway!). Neither do you have to go out there preaching loudly, as many do in public places. There is a time and place for everything. Those that seek you will find you – or a church – and their spiritual needs can be more addressed rather than haphazardly whilst out canvassing publicly. Keep it quiet. Those that seek you will find you. Don’t ask me how but they normally do.

Many will argue that the receiving of the Holy Spirit is Gods command to them to go out and spread the gospel and preach to all nations. Of that I have no doubt, nor dispute. But it is the method of spreading the Word that needs to be addressed.

I see people handing out religious leaflets and magazines. This unfortunately is a waste of time and resources as a majority of this literature ends up being thrown away – unread!

Likewise, preaching to people in public places is also counter-productive. People leading busy lives, rushing to catch a bus or going to the market, hardly have time to listen to a street preacher(- but you might get a lot of hecklers!)

Many will argue that the early disciples, apostles and saints went on the road to canvas for converts and spread the Word. Again, this is something I won’t dispute.

In the early days of Christianity it was necessary to spread the Word; very few people had heard of Jesus Christ. Let alone know who he was and what he stood for. Many, then, only knew him as the ‘King of the Jews’ who was crucified alongside two robbers. So it was necessary, then, to hit the road, preaching to kick-start the new religion.

This is the 21st century, the digital age, and anybody who is anybody, out there, has heard of Christianity unless of course they live in the middle of Sambisa forest or on a remote Fijian island!

There is no need to hand out leaflets, magazines or resort to loud middle-of-the-market preaching or canvasing.

Everybody knows about Christianity!

The role of someone who has received the Holy Spirit in the 21st century is more of a silent one; living a wholly Christian life and living by example.

For us, in the 21st century, our role is more to lead and live by example. The Word has already been spread and any more will only lead to proliferation – or repetition of what’s already known.

If we strive to live more as Christians with the Holy Spirit, others will inquire and hopefully follow in our footsteps. In doing so the Word that’s imbedded in us is now transferred to others – and without the preaching! The Bible is there for whoever wants to read it. Living in accordance to the Word of the Bible is something we should be doing more of.

Let me see if I can illustrate.

A bad parent cannot teach their offspring good manners. This will be impossible as the child will instinctively take after the parents. Whereas a good parent will instil good manners into their children from the word go and they will follow suit. This starts a chain reaction with one generation teaching the next generation how to be good and godly.

Likewise, if we’re good Christians, full of the Holy Spirit, and by our deeds we pass it on to our kids, friends and acquaintances who copy our Christian way of life – without the preaching and talking-in-tongues part – we are going out into the world to spread the Word, living by example, starting a chain reaction, resulting in a better society of good god fearing people – as instructed by the Holy Ghost.

So for those who have the gift of the Holy Spirit turn the volume down a bit and turn to a more silent interactive role.