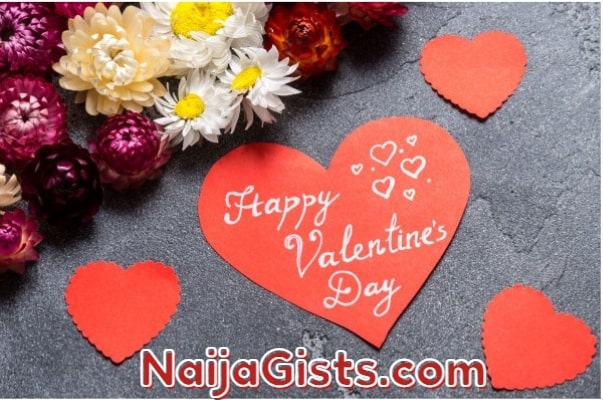 It is another season of love. The feel of love is in the air as the world marks yet another Valentine which is celebrated every 14th of February. Unfortunately, we talk about love without living the life of love. It becomes pertinent that we enjoin one another about the essence of the celebration and be guided by the tenets of what Valentine stands for.

Valentine ’s Day and the story of its Patron Saint is rooted in true love, service and sacrifice which the world desperately needs at this time . In our world today, Love would appear to have become a scarce commodity. Our collective attitude portrays a generation that is beginning to be strange to love. Our religion and politics are devoid of love and this has permeated every facet of our national life. The spirit of communalism for which our ancestors were known is dead and in its stead, fierce individualism has sprouted and flourished. Sayings and proverbs that are rooted in the welfare of our neighbors are rife. According to Achebe, the reason for moon plays isn’t because people can’t sight the moon from their houses, but for the deepening of human relations. Our ancestors were wise. They recognized the interconnectedness of our lives. They realized that whatever affects one affects all, that we are all tied down in one single garment of destiny. Because of the communal lifestyle, grief was shared and it was made bearable. Joy was shared and it became doubled. Everybody looked out for everybody.

Unfortunately, rapid urbanization led to the rise of individualism and the bustle of city life. Neighbours became strangers. Brothers became distant. Suicide cases which used to be rare occurrences became a daily affair. Cases of loneliness and depression are on the rise because people do not reach out for help anymore. Individuals are left to carry their burden alone and many snap under intense pressure.

The dire economic situation and financial obligations worsens an already bad situation as people joggle jobs and devote lesser time for human interaction, even in their homes. Frustration is everywhere and people’s emotions seem to be perpetually on a short fuse. Certain societal construct that used to provide psychological fillip for people like age grades, town unions, old boys association and extended family systems are gradually fading away.

We are all sad. The world is sad. We all are moving warfare. At the slightest provocation, people explode like a nuclear warhead. Domestic violence has taken a dangerous dimension. The spirit of tolerance has taken flight. Gory happenings now make daily headlines. Children are now sending their parents to early grave and as if that is not enough, husbands now kill their wives over flimsy issues. Even security men take the lives of principals they are charged to protect.

Despite these challenges, this Valentine presents us with an opportunity to heal our world. Problems are part of the human nature. But love will make us overcome. Adapting that beautiful prayer by St Francis of Assisi, may we be an instrument of peace, paying hatred with love, never judging where there is injury and showing light where there is darkness. Only love can heal the world because love is enough.

The Miracle Of The Brain: A Motivational Article For Africans
My Thoughts On Ngozi Okonjo Iweala’s Appointment As WTO DG